Mortality from viral hepatitis is significantly higher than from HIV/AIDS across EU countries, according to results from The Global Burden of Disease Study 2010 (GBD 2010) which was announced for the first time today at the International Liver CongressTM 2014(1).

GBD 2010 is the most recent version of a large epidemiological study funded by the Bill and Melinda Gates Foundation and coordinated by the Institute for Health Metrics and Evaluation (IHME) at the University of Washington.

In the EU, in 2010, there were more than 10 times as many deaths due to viral hepatitis as there were HIV-attributable deaths. Hepatitis C Virus (HCV) and Hepatitis B Virus (HBV) are estimated to have caused nearly 90,000 deaths that year in the EU (HCV nearly 57,000 deaths, HBV nearly 31,000 deaths), while there were just over 8,000 deaths from HIV/AIDS.

Presenting these thought-provoking figures, EASL’s Vice-Secretary Dr. Laurent Castera from the department of Hepatology, Hôpital Beaujon in Paris said: “GBD 2010 is making a critical contribution to our understanding of present and future health priorities for countries and the global community. Although HIV/AIDS undeniably remains a key global health priority, the higher mortality from viral hepatitis than from HIV/AIDS in the EU means that hepatitis B and C must clearly now be counted among the top global and local priorities for health.”

“Additional resources are needed to prevent, detect and treat hepatitis B and C in order to address these imbalances in major preventable causes of human death,” Dr Castera added.

The Global Burden of Disease Study 2010 is the largest ever systematic effort to describe the global distribution and causes of a wide array of major diseases, injuries, and health risk factors. GBD 2010 has collated estimates of 291 diseases and injuries and 1,160 sequelae to identify the causes of human death worldwide

Using country-level and regional causes of death, mortality attributed to HBV, HCV and HIV/AIDS between 1990 and 2010 has been compared across Europe, by region and for specific countries. These findings have then been compared to global trends.

Whereas HIV-related deaths in the EU fell by more than half following the late 1990s, in Eastern Europe HIV mortality has risen sharply. “This goes some way to explaining why mortality from viral hepatitis does not appear to be higher than that of HIV/AIDS in other areas of Europe outside of the EU,” concluded Dr Castera.

Disclaimer: the data referenced in this release is based on the submitted abstract. More recent data may be presented at the International Liver Congress™ 2014. 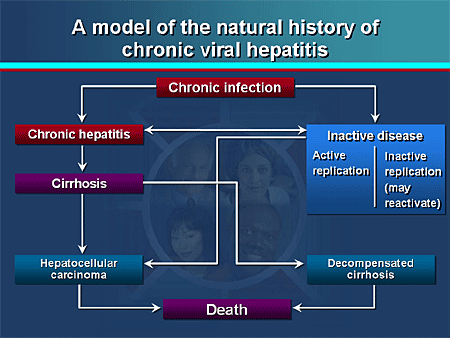 EASL’s main focus on education and research is delivered through numerous events and initiatives, including:

The International Liver CongressTM which is the main scientific and professional event in hepatology worldwide
Meetings including Monothematic and Special conferences, Post Graduate courses and other endorsed meetings that take place throughout the year
Clinical and Basic Schools of Hepatology, a series of events covering different aspects in the field of hepatology
Journal of Hepatology published monthly
Organisation of a Mentorship program and Masterclass to support young investigators starting out on their career path
Participation in a number of policy initiatives at European level

About The International Liver CongressTM 2014

The International Liver Congress™ 2014, the 49th annual meeting of the European Association for the study of the Liver, is being held at ExCel London from April 9 – 13, 2014. The congress annually attracts in excess of 9000 clinicians and scientists from around the world and provides an opportunity to hear the latest research, perspectives and treatments of liver disease from principal experts in the field.

For further information on the studies, or to request an interview, please do not hesitate to contact the EASL Press Office on:
Email: .(JavaScript must be enabled to view this email address)

Courtney Lock
.(JavaScript must be enabled to view this email address)
44-789-438-6422
European Association for the Study of the Liver