Roustem Khazipov, Head of the group of researchers from Kazan Federal University and Aix-Marseille University, “Brain activity is based on both excitatory and inhibitory actions regulated by neurotransmitters. Glutamic acid is responsible for the former and GABA for the latter. Nearly 20 years ago GABA was found to act excitatory on child’s brain and since that time we study how it influences infant’s neurons, why changes happen and what consequences they lead to”.

During development, GABA exerts a depolarizing action on immature neurons. However, at the network level the effects of GABA are complex involving both excitatory and inhibitory actions. The group of scientists shows that GABA actions critically depend on the network state.

“With certain approximations our brain appears to be in two states: sleeping and arousal and it switches between them quite rhythmically, e.g. during deep sleep a brain can change its state several times within a second”, explains the professor. “We demonstrate that GABA performs excitatory actions in a “sleep” state in children, and vice versa, inhibitory actions when the brain is aroused. In addition to that, in adult brain GABA switches from inhibition to excitation under large amounts of pathologies: epilepsy, post-ischemic conditions, brain traumas, and pain, resulting from these traumas.

Although GABA depolarizes neurons at rest and at the onset of population bursts, it transiently becomes hyperpolarizing at the peak of the population bursts. These changes to early stages of brain development in adults tremendously impacts neuronal networks functioning, which forms the basis for epileptic discharges. Losing inhibitory and gaining excitatory action by GABA during epilepsy could be one of the causes for the disease. 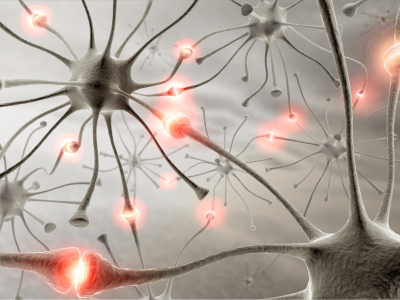 Kazan Federal University researchers conducted their experiments on hippocampus of neonatal rats and mice, quite similar to the one of a human fetus at the second half of pregnancy period. Hence, it will be possible make precise identification of medicaments safe for a fetus and its brain development. The potential application of obtained results is to find its place in treating brain malfunctions, such as epilepsy, post-ischemic conditions, and brain traumas.

Diuretic agents demonstrate positive antiepileptic activity, as they normalize GABA performance and avoid pathologic excitation in animal models. At the same time, those attempts to use diuretics in epilepsy treatment in infants were not successful, as they led to hearing impairment in children. When a pregnant woman consumes such products, it promotes the production of urine, whereas in a fetus it is not only urinative and antiepileptic effects but also lifelong inability to hear. The researchers are concerned about the catastrophic impacts on a fetus when the substance acts on it during an ongoing neural system development.