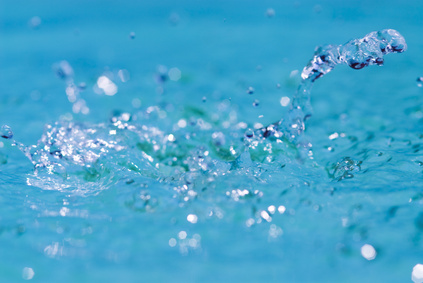 A study has found that adults who drank two cups before a meal lost around 4lb more than a group that didn’t drink the extra water.

The research was included in a review of 11 different studies looking at impact drinking water can have on diets - with three showing clear evidence that consuming more water helps increase weight loss.

Brenda Davy, a professor at Virginia Tech in the U.S. who assisted in the review, said that water could help ‘squelch’ the feelings of hunger and help dieters reduce their calorie intake.

This is backed by another study which found that women who increased their water consumption while they dieted lost more weight than those who kept it below one litre a day.

Rebecca Muckelbauer, a researcher at the Berlin School of Public Health, Charité University Medical Center Berlin in Germany, who led the new review of the water studies, agreed the feeling of fullness was the most likely reason for the weight-loss.

But she suggested another possibility - ‘water-induced thermogenesis’ - could be behind it.

Muckelbauer said the idea is that ‘drinking water itself increases energy expenditure of your body. It has an energy consuming effect.’

But she admitted: ‘This is not very well studied.’

The Institute of Medicine recommends that adults consume around 2.5 litres of fluid a day, but this total can come through food, plain water or other drinks.

While the experimental studies suggest that drinking water may aid in weight loss, the surveys Muckelbauer examined didn’t always show that people who drink more water are slimmer.

In fact, some found that obese or overweight adults drank more water than people of normal size, Muckelbauer’s team reports in the American Journal of Clinical Nutrition.

She said people in the U.S. typically drink about 400 to 500 calories a day from other beverages, and replacing them with water is not a bad idea.

One study found that women who drink water, rather than sweet drinks, had a slightly lower chance of developing diabetes. And women who don’t drink plenty of water have greater odds of getting kidney stones.

‘There’s not a lot of risk for recommending (increased water intake) for individuals,’ Davy said.

The review comes after research by supermarket Tesco showed that drinking fruit juice can help pile on the pounds.