The researchers, writing in the journal Archives of Internal Medicine on Monday, suggested taxing could be used as a weapon in the fight against obesity, which costs the United States an estimated $147 billion a year in health costs.

“While such policies will not solve the obesity epidemic in its entirety and may face considerable opposition from food manufacturers and sellers, they could prove an important strategy to address overconsumption, help reduce energy intake and potentially aid in weight loss and reduced rates of diabetes among U.S. adults,” wrote the team led by Kiyah Duffey of the University of North Carolina at Chapel Hill.

With two-thirds of Americans either overweight or obese, policymakers are increasingly looking at taxing as a way to address obesity on a population level.

California and Philadelphia have introduced legislation to tax soft drinks to try to limit consumption.

There are early signs that such a policy works. 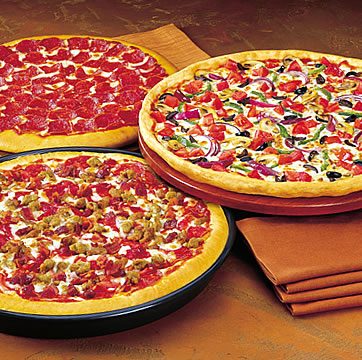 The team estimates that an 18 percent tax on these foods could cut daily intake by 56 calories per person, resulting in a weight loss of 5 pounds (2 kg) per person per year.

“Our findings suggest that national, state or local policies to alter the price of less healthful foods and beverages may be one possible mechanism for steering U.S. adults toward a more healthful diet,” Duffey and colleagues wrote.

In a commentary, Drs. Mitchell Katz and Rajiv Bhatia of the San Francisco Department of Public Health said taxes are an appropriate way to correct a market that favors unhealthy food choices over healthier options.

They argued that the U.S. government should carefully consider food subsidies that contribute to the problem.

“Sadly, we are currently subsidizing the wrong things including the product of corn, which makes the corn syrup in sweetened beverages so inexpensive,” they wrote.

Instead, they argued that agricultural subsidies should be used to make healthful foods such as locally grown vegetables, fruits and whole grains less expensive.