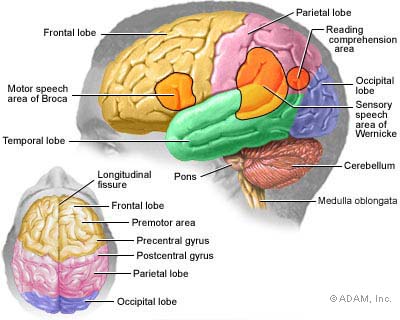 A recently published study by researchers from Spectrum Health and Henry Ford Hospital suggests that surgery may be an effective treatment for epilepsy in older patients, a finding that runs counter to conventional treatment methods.

“Traditionally, there has been a tendency to exclude older patients from surgery for fear of increased risk of medical or surgical complications,” said Spectrum Health Medical Group neurosurgeon Sanjay Patra, MD, lead author of the study.  “This study provides evidence that surgery may instead be a viable and effective treatment option.”

The study, recently published online in the British Journal of Neurosurgery, uses a retrospective institutional archival review of 122 Henry Ford Hospital patients with medically refractory partial epilepsy. Medically refractory seizures are those that do not respond successfully to drug treatment. Partial epilepsy refers to a type of seizure that originates and remains in a limited area of the brain, such as the temporal lobe.

All patients underwent surgery during a 15-year period between 1993 and 2008, and were operated on by Kost Elisevich, MD, PhD, neurosurgeon, co-chair department of clinical neurosciences, chief, division of neurosurgery, Spectrum Health Medical Group, and senior author of the study.

“Patients were distinguished by age and brain location of surgery to establish whether older patients experienced less optimal outcomes regarding seizure cessation, memory, cognition, likelihood of complications and whether surgery location factored significantly in these outcome measures,” Dr. Elisevich said.

Many people consider surgery - especially brain surgery - as the last alternative if all other treatment methods are not effective. In reality, surgery should be among the first options considered if early trials with anticonvulsant medications are ineffective.

If seizures occur in one area of the brain, and that area can be removed easily and without causing other problems, surgery should be considered. If epilepsy is caused by a tumor, cyst, lesion or other growth that won’t respond well to medication, your physician can help patients decide if surgery is an appropriate option. Take a look at the following four questions:

Is the child or adult having seizures?
Are these seizures often and difficult to control?
Are the seizures beginning in one location?
Can the source of the seizures be easily removed?

If you answer yes to these four questions, you should obtain more information. It is important to note that except in the rare instance of a rapidly growing brain tumor, epilepsy surgery is not usually an emergency – it should only be done after careful consideration of the risks and benefits of the surgery.

Epilepsy is the third most common neurological disorder in the United States after Alzheimer’s disease and stroke, affecting 2.2 million Americans, according to the Centers for Disease Control and Prevention (CDC). Older adults are among the fastest-growing segments of the population for new cases of the disease.

The remaining patients underwent surgery at other sites in the brain, though the results of the study reinforce the widely held opinion of the medical community that the efficacy of surgery for extratemporal epilepsy to-date is inferior to that for temporal lobe epilepsy, regardless of age.

There are many different types of epilepsy brain surgery. The type you may have will depend on the type of seizures you have and where they begin in your brain. Here are some of the most commonly performed.

Resection
This is done when surgeons are sure where your seizures start in your brain. The surgery involves removing the damaged part of your brain.

Corpus callosotomy
This surgery is done to separate the two sides (hemispheres) of the brain. It’s usually done if you have severe seizures that start in one hemisphere, and spread to the other hemisphere.

Hemispherectomy
This is major surgery, which involves removing the outer layer of one side (hemisphere) of the brain. It’s done if you have seizures because one half of your brain is damaged.

Complications from mesial temporal lobe surgery and surgery in other parts of the brain can include nausea, depression, changes in personality, headaches and difficulty speaking and remembering words. The overall complication rate in the study of 14.2 percent was similar in patients less than 50 years of age (15.3 percent) and those aged 50 years or greater (11.4 percent). Verbal memory decline, however, was more notable in the older population and for those with epilepsy duration of greater than 20 years.

According to a report in this week’s surgery special issue of The Lancet, approximately half of all patients who had undergone surgery for epilepsy remain seizure free after 10 years. Although, there is room for more improvement regarding pre-surgical evaluation and surgical treatment for individuals with chronic epilepsy. The article is written by Jane de Tisi, Dr Gail S Bel, and Professor John Duncan, National Hospital for Neurosurgery, and Imperial College London, and team.

Apart from simple partial seizures (SPS), they estimated that at 5 years after surgery 52% of patients remained seizure free, and at 10 years 47% of patients remained seizure free. Compared to patients who had anterior temporal resections, those who had extratemporal resections were two times as likely to have seizure recurrence. No difference was recorded for patients who received temporal lesionectomies from those who received anterior temporal lobe resection. Patients with simple partial seizures in the initial two years following temporal love surgery were two and half times more likely to suffer from subsequent seizures with decreased awareness compared to patients with no SPS. The longer a patient was seizure free the less likely they were to relapse, conversely, the longer seizures continued the less likely the patient went into remission. In 19% (18 out of 93 individuals), late remission was connected when they began a previously untried antiepileptic drug. 28% of individuals (104 of 365) seizure-free had stopped taking drugs at the latest follow-up.

“This study demonstrates that epilepsy surgery in the older population has similar seizure-free outcomes and complications when compared with younger patients for both mesial temporal and extratemporal origins,” said Brien Smith, MD, co-chair, department of clinical neurosciences, and chief, division of neurology, Spectrum Health Medical Group, co-author of the study. “Caution regarding postoperative memory decline in the older population, however, must be stressed.”

Researchers suggest that postoperative memory decline in older patients may be due to less cognitive reserve, but also caution that larger studies with longer term follow-up will be needed to determine if the benefits of epilepsy surgery are sustained in the older population.

Additional and continuing epilepsy research is proceeding through Spectrum Health’s expanded epilepsy program. Spectrum Health announced the expansion of its inpatient epilepsy monitoring unit (EMU) and epilepsy team in late 2012. Spectrum Health is the first epilepsy program in West Michigan to receive a Level 4 designation by the National Association of Epilepsy Centers (NAEC). Level 4 centers have the professional expertise and facilities to provide the highest level of medical and surgical epilepsy evaluation and treatment for patients with epilepsy.