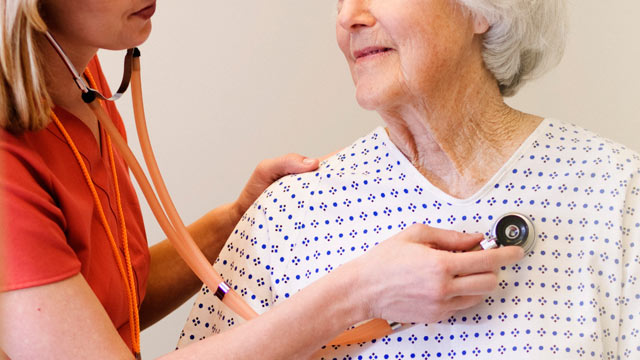 When you hear the word “stroke,” the first picture that pops into your mind is likely to be of an elderly individual. It’s true that older adults are at greater stroke risk; the chance of having a stroke doubles with each decade of life after the age of 55. But did you know that infants and children can also suffer stroke? It can even occur before birth.

According to the National Stroke Association, stroke affects 6 in every 100,000 children in the US. It is also one of the 10 leading causes of death among children in the country.

The rate of stroke is much higher in adults than children. Every year, more than 795,000 men and women suffer a stroke and around 130,000 die from the condition. However, studies have found stroke rates are on the rise in children in the US.

In many ways, stroke in children - commonly referred to as pediatric stroke - can present more challenges than stroke in adults.

The early signs of stroke in children are much more subtle than in adults, meaning they often go unrecognized. According to the International Alliance for Pediatric Stroke (IAPS), newborns who suffer stroke may not even begin to show any symptoms until the age of 4-8 months.

What is more, because parents, caregivers and even health care professionals do not often associate stroke with children, it may be ruled out as a possibility. As a result, many children fail to receive adequate treatment.

A 2014 study conducted by Dr. Mark Mackay, director of the Children’s Stroke Program at the Royal Children’s Hospital and Murdoch Children’s Research Institute in Melbourne, Australia, and colleagues found that only half of interviewed parents whose children suffered stroke thought their child’s symptoms were serious enough to call 911, while 21% of parents adopted a “wait-and-see” approach. What is more, only 36% considered stroke as a possible cause of their child’s symptoms.

As with most health conditions, early treatment for stroke is key. Unfortunately, around 20-40% of children die after a stroke, and of those who do survive, around 50-80% will have lifelong neurological problems, such a partial or total paralysis.

May is American Stroke Awareness Month. In this Spotlight, we investigate the risk factors for pediatric stroke, the signs and symptoms to look out for, as well as the treatment options for the condition.
Perinatal stroke and childhood stroke

There are two types of pediatric stroke: perinatal stroke and childhood stroke.

Perinatal stroke, also referred to as fetal or prenatal stroke, occurs between the last 18 weeks of pregnancy and the first 30 days of birth. In the US, perinatal stroke occurs in about 1 in every 2,800 live births.

Most cases of perinatal stroke are ischemic, caused by blood clots breaking off from the placenta and becoming lodged in the child’s brain.

Childhood stroke occurs between the ages of 1 month and 18 years. Unlike adults, in whom ischemic stroke is most common, children are equally as likely to have ischemic stroke as they are Hemorrhagic stroke - caused by a brain bleed from a ruptured blood vessel.

Among adults, high blood pressure, irregular heartbeat and atherosclerosis - hardening of the arteries - are some of the most common risk factors for stroke. These factors rarely cause stroke in children, however.

According to the American Stroke Association, around half of all pediatric strokes are triggered by an underlying condition, most commonly sickle cell disease - an inherited blood disorder - and congenital heart disease.

Other underlying conditions that may raise a child’s stroke risk include head and neck infections, abnormal blood clotting, head trauma and systemic conditions, such as autoimmune disorders.

Maternal history of infertility, premature rupture of membranes during pregnancy, maternal preeclampsia and chorioamnionitis - inflammation of the fetal membranes due to a bacterial infection - may also increase a child’s stroke risk.

Though cardiovascular-related risk factors for stroke in adults are rare in children, recent studies have indicated an increase in these risk factors among the younger population. This is down to a rise in high blood pressure, obesity, diabetes, High cholesterol and tobacco and alcohol use among youth.

A 2014 study published in the journal Neurology also suggested colds and other minor infections in childhood may temporarily raise a child’s stroke risk.

“We’ve seen this increase in stroke risk from infection in adults, but until now, an association has not been studied in children,” commented study author Dr. Heather Fullerton, director of the University of California-San Francisco Pediatric Stroke and Cerebrovascular Disease Center.

“It is possible that inflammatory conditions contribute more to the stroke risk in children, however, further research is needed to explore this possible association.”

It is important to note, however, that in around half of all childhood stroke cases, no previous risk factor can be determined.

What are the signs and symptoms to look out for?
As mentioned previously, it can be very hard to spot stroke symptoms among very young children. Around 40% of infants do not show symptoms of early stroke; a parent may not know their baby has suffered stroke until months later when they show reduced movement or weakness on one side of their face.