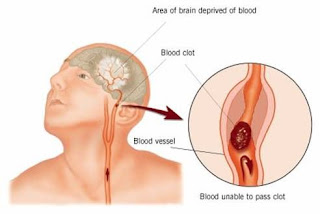 Hispanic/Latinos are now the largest minority group in the U.S. at 17% of the population, which is projected to increase to more than 30% by 2050, according to estimates from the January 2013 U.S. Census. Previous research found that Mexican Americans had higher stroke rates than non-Hispanic Whites and as this population ages it raises concern for the impact on public health. In fact, experts estimate that the cost of stroke for the first half of this century in the U.S. could amount to more than $1.5 trillion dollars.

“In minority groups stroke occurs at much younger ages, often resulting in greater disability and significantly higher costs,” explains lead author, Dr. Lewis B. Morgenstern from the University of Michigan Medical School in Ann Arbor. “With stroke causing such a personal, family and economic burden in minorities, our study focuses on Mexican Americans - one of the largest and fastest growing segments of the U.S. population.”

For the present study, researchers conducted a population-based study of stroke trends in subjects 45 years of age and older living in Corpus Christi, Texas, between January 2000 and December 2010. Two-thirds of this community were Mexican American and the remainder primarily non-Hispanic White, with 87% born in the U.S., 11% in Mexico, and 1% who did not know their country of birth. Those born in Mexico have lived in the U.S. an average of 52 years.

Results show ischemic stroke occurred in 2,604 Mexican Americans and 2,042 non-Hispanic Whites, representing a 36% decline for the study period. Analysis found that the decline was limited to those 60 years of age and over and was evident in both ethnic populations. The disparity between Mexican American and non-Hispanic White stroke rates in those 45-74 years of age remained.

“The dramatic decline in stroke rates during the last decade is encouraging,” concludes Dr. Morgenstern. “However, the ongoing disparity among younger patients emphasizes the need for further interventions to prevent stroke, particularly among young Mexican Americans.”

This study is published in Annals of Neurology. Media wishing to receive a PDF of the article may contact .(JavaScript must be enabled to view this email address)

Author Contact: To arrange an interview with Dr. Morgenstern, please contact Shantell Kirkendoll with the University of Michigan Health System at 734-764-2220 or at .(JavaScript must be enabled to view this email address).

Annals of Neurology, the official journal of the American Neurological Association and the Child Neurology Society, publishes articles of broad interest with potential for high impact in understanding the mechanisms and treatment of diseases of the human nervous system. All areas of clinical and basic neuroscience, including new technologies, cellular and molecular neurobiology, population sciences, and studies of behavior, addiction, and psychiatric diseases are of interest to the journal. The journal is published by Wiley on behalf of the American Neurological Association and Child Neurology Society.