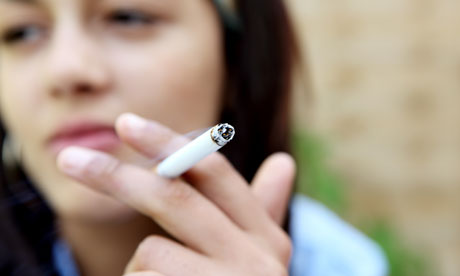 African American mothers who smoke and have a genetic profile that includes a single nucleotide polymorphism (SNP) of the TP53 gene have an increased likelihood of having twins, concluded a team of researchers from the University of South Florida (USF) and the University of Illinois at Urbana-Champaign.

The study, investigating genetic and environmental factors that might account for mothers having twins, appears in a recent issue of American Journal of Human Biology.

A SNP (pronounced “snip”) is a DNA sequence that occurs when a single nucleotide (A,T,C or G) in an individual’s genetic code has a slight variation. A SNP may be common or rare in specific ethnic groups and can underlie either susceptibility or protection from diseases.

In this study the TP53 SNP emerged as the most significant when combining with a mother’s smoking to increase the likelihood of having twins.

Conflicting evidence suggesting that smoking could either enhance or diminish fertility, and the specific knowledge that nicotine can inhibit estrogen synthesis, led the researchers to wonder if there was a link between twinning, smoking and a mother’s genetic profile. Consequently, they found significant interactions with smoking and SNPs from several genes, with the TP53 SNP most clearly implicated.

“We had already demonstrated that there are significant differences in SNP frequencies in mothers of twins as compared to mothers of “singletons,” but we had not, until this study, found an indication that smoking affected the probability of having twins for mothers with the SNPs we identified,” said study lead author Dr. Lorena Madrigal of the USF Department of Anthropology. “This finding is especially interesting because, in contrast, a link had been previously been established between smoking and infertility and miscarriage.”

In this study, the discovery that the relationship between smoking and the presence of the TP53 gene increases the likelihood of having twins was “profoundly significant,” said the researchers. In addition, smoking was found to be more common in mothers of twins.

“While smoking may have deleterious effects on fertility across many genotypes, in women of specific genotypes smoking may raise their odds of having twins,” wrote the researchers. “Although we demonstrated that there are significant differences in SNP frequencies in mothers of twins compared to mothers of singletons, the most important difference between groups of mothers in our study is whether or not the mothers smoked.”

Researchers noted that TP53, often acting as a tumor suppressor, is activated under a variety of stress conditions. Also, TP53 plays a role in maternal reproduction, affecting the implantation of the embryo. TP53 is not only a tumor suppressor, but also a regulator of “balance” in reproduction. The researchers speculated that in their study both smoking and a variant of TP53 worked together to disrupt the normal balance that leads to the gestation of a single infant, making having twins more likely for the smoking and TP53 sub-group.

“Our findings are limited because they came from a small sample with a very specific ethnic background,” said the researchers. “However, this study and others confirm that there is ample genetic variance in humans that can account for reducing or increasing the frequency of multiple births. The reasons behind twinning are complex, but this study shows the potential for genetic and environmental interaction to affect human twining rate differences.”

In conclusion, the researchers noted that because TP53 has implications for cancer, future research should investigate potential relationships between women with the TP53 SNP who bear multiples and their potential for breast cancer risk.