Henry Ford Hospital pulmonologist Daniel Ouellette, M.D., who during his 31-year career in medicine has seen the harmful effects of smoking on his patients, advocates for raising the smoking age to 21.

He says the move would help curb access to tobacco products at an early age and lead to reductions in smoking prevalence.

Dr. Ouellette also suggests that e-cigarettes, whose use among middle and high school students tripled from 2013 to 2014, are largely unproven as a smoking cessation tool. Their potential health risks are not yet known, though hospitalizations related to them have included pneumonia, congestive heart failure and seizure.

Dr. Ouellette is presenting talks on both topics at the American College of Chest Physicians’ annual meeting Oct. 24-28 in Montreal.

“Most of my patients are diagnosed with emphysema or lung cancer at a relatively young age from smoking, despite the media attention given to the health risks of smoking and despite them knowing about those risks,” says Dr. Ouellette, director of Henry Ford’s Pulmonary Inpatient Service and a senior staff physician in the Division of Pulmonary and Critical Care Medicine.

“Cigarette smoking doesn’t affect just smokers, it affects everyone. And we all pay for the health care costs.” 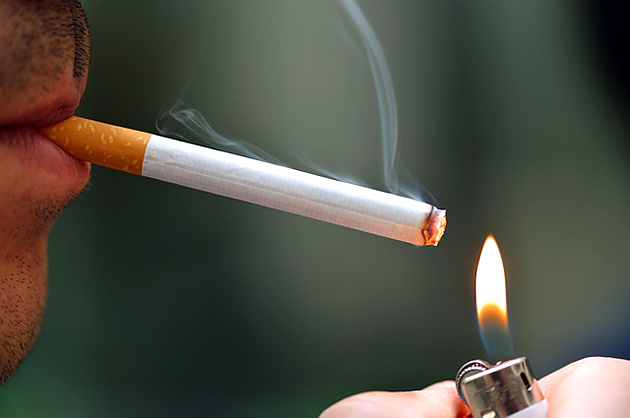 According to the Centers for Disease Control and Prevention, smoking causes one in five deaths in the United States, and is linked to cancer, heart disease, stroke, lung disease, diabetes and chronic obstructive pulmonary disease. An estimated $170 million is spent annually for smoking-related medical care for adults, and more than $156 billion in lost productivity is attributed to premature death and exposure to secondhand smoke.

In a Institute of Medicine released in March 2015, the authors of “Public Health Implications of Raising the Minimum Age of Legal Access to Tobacco Products,” concluded that increasing the age for tobacco products “will likely” prevent or delay initiation of tobacco use by adolescents and young adults. The report also said “adverse maternal, fetal and infant outcomes - including preterm births, low birth weight and sudden infant death - will also probably decrease due to reduced tobacco exposure in mothers and infants.”

The state Senate on Thursday approved six anti-tobacco bills, including measures that would raise the smoking age in California from 18 to 21 and bar electronic cigarettes from restaurants, movie theaters and other public places where smoking is banned.

Meeting in a special session on healthcare, the Senate also sent the Assembly bills that would allow counties to impose tobacco taxes, outlaw tobacco use at all schools, plug loopholes in a smoking ban in workplaces, and boost the licensing fee for tobacco retailers. All of the bills next go to the Assembly for consideration.

The new restrictions on e-cigarettes were proposed by Sen. Mark Leno (D-San Francisco) partly in response to a federal study that found their use by teenagers has tripled in the last few years.

Given current smoking rates, says Dr. Ouellette, 5.6 million Americans under 18 will die in their lifetime from a smoking-related illness. National data show that 95 percent of adult smokers begin smoking before age 21. Research has shown that genetic factors may make quitting at an early age difficult, and that there’s a strong correlation between young people smoking and health risks like depression, anxiety and stress, Dr. Ouellette says.

In June, Hawaii became the first state in the United States to raise the tobacco sale age to 21. At least 90 cities in eight states have followed suit, according to the Campaign for Tobacco-Free Kids.

Dr. Ouellette is skeptical about e-cigarettes and their use as a smoking cessation tool.

Teenagers, especially those between ages 15 and 17, are most vulnerable to addiction at a time when their brains are still developing, the report notes, and would be the group that benefits most from raising the minimum age of legal access (MLA) more in line with the minimum age to buy alcohol.

To date, he says, there’s no medical evidence to show e-cigarettes are less harmful than tobacco products. Four studies have found that e-cigarettes are not effective for quitting smoking, Dr. Ouellette says.

“They’re unregulated so we can’t be sure what’s in them. In some studies, it showed that the particulates may be comparable to that of a regular cigarette,” Dr. Ouellette says. “They also come from China, which makes it hard to know who is manufacturing them.”

Dr. Ouellette says the most effective way to quit smoking is a combination of proven nicotine replacement methods like the patch or gum, and counseling.