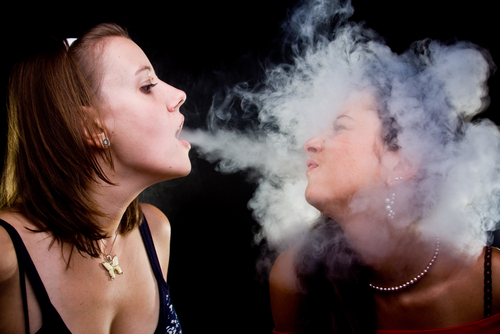 Giving up or reducing smoking and avoiding passive exposure to tobacco smoke may reduce your risk of hearing loss, new research shows.

Current smokers have a 15.1% higher odds of hearing loss than non-smokers The University of Manchester study, funded by Action on Hearing Loss, Medical Research Council and the National Institute for Health Research, found.

Passive smoking also increased the likelihood of hearing loss by 28%.

But ex-smokers had a slightly reduced risk of going deaf - which may be because once they quit they adopt a more healthy life style overall.

The study is published in the Journal of the Association for Research in Otolaryngology today.

Smoking and Hearing Loss
Scientists have recognized the danger smoking presents to hearing for almost 40 years, though this danger hasn’t been studied to the extent other tobacco-related health risks have. Dr. Katbamna’s report indicates two distinct dangers to hearing associated with smoking.

The hearing process is extremely complex and so is the hearing mechanism. Most of us think of the ear as the pinna - the outer ear that we can see. But within our skulls is a complex collection of hearing parts. There’s the ear drum, the three smallest bones in the human body and a snail-shaped organ called the cochlea. The cochlea is a fluid filled organ lined with millions of hair-like projections waving in the cochlear fluid called hair-cells.

When a sound is produced - the doorbell rings - it activates a disturbance in the air in the form of sound waves. These sound waves are captured by the outer ear, directed down the ear canal where they vibrate the ear drum, also called the tympanic membrane. The ear drum vibrates in perfect sync with the frequency of the doorbell chime.

Studies reveal that the dangerous chemicals in cigarette smoke affect can affect both the conductive mechanism in hearing (the middle ear vibrations) as well as the inner ear part of the hearing (the hair cells).

Researchers looked at 164,770 UK adults aged 40 to 69 years of age who took hearing tests between 2007 and 2010 when they joined UK Biobank, a national project to improve health.

Dr Piers Dawes, from the Centre for Human Communication and Deafness at The University of Manchester who led the research, said: “Given around 20% of the UK population smoke and up to 60% in some countries, smoking may represent a significant cause of hearing loss worldwide.

“We found the more packets you smoke per week and the longer you smoke, the greater the risk you will damage your hearing.”

The link between smoking and hearing loss is still unclear but many smokers also often had heart disease.

One in five Americans, or roughly 20% of the US population are smokers. Sure, it feels relaxing and is soothing on the nerves. But with every draw, a plethora of toxic chemicals are ingested, such as formaldehyde, arsenic, vinyl chloride, ammonia and hydrogen cyanide, just to name a few. Some of these substances, including nicotine, are so called “ototoxic”, meaning that they can impair your hearing, cause tinnitus or affect your balance.

Various statistics in recent years showed that smokers are 70% more likely to develop some form of hearing loss than non-smokers, if all other factors are corrected for. Smoking combined with noise exposure is an even more explosive combination: a study among manufacturing workers exposed to steady noise environments revealed that smokers had a 4x higher incidence of hearing loss than their non-smoking coworkers in the same noisy line of work. Not surprisingly, the prevalence of hearing loss among smokers is directly related to the number of smoking years.

Dr Dawes added: “We are not sure if toxins in tobacco smoke affect hearing directly, or whether smoking-related cardiovascular disease causes microvascular changes that impact on hearing, or both.”

This means the association with smoking and hearing loss maybe under estimated, the researchers say.

What causes this hearing loss?
First, the nicotine and carbon monoxide that result from smoking tighten your blood vessels, including the ones in your ears. This restricts the blood flow and thus the life-giving oxygen in the inner ear. The tiny hair cells in the cochlea that are responsible for translating sound vibrations into electrical impulses for the brain, can thus face damage due to this type of asphyxiation.

Secondly, nicotine can affect the chemical messengers (or neurotransmitters) in the auditory nerve and thus would not be able to accurately tell the brain what kind of sound is really being processed. Thirdly, smoking unleashes free radicals in our bodies. If these radicals speed into the tissue and hair cells in our inner ear, permanent damage can result.

An important implication is the effect that smoking has on those around us. Studies have shown clear correlations between hearing loss and second-hand smoke. This is particularly troubling when it concerns children, since the auditory system is usually not fully developed until late adolescence.

Dr Ralph Holme, Head of Biomedical Research at Action on Hearing Loss, said “Hearing loss affects 10 million people in the UK and with an aging population is set to become a major public health issue.

“Hearing loss is often viewed as an inevitable consequence of aging, but as the research published today shows, this may not always be the case. Giving up smoking and protecting your ears from loud noise are two practical steps people can take today to prevent hearing loss later in life.”