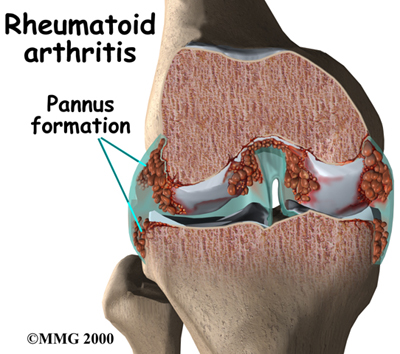 RA patients are more likely to have conditions such as vasculitis or heart disease, and may be on medications that suppress the immune system, potentially making surgery more complicated. Many RA patients who need both knees replaced do so in separate surgeries, each replacing just one knee at a time.

In a new study, “Rheumatoid Arthritis Does Not Increase Perioperative Complications Following Same-day Bilateral TKA,” to be presented at the annual meeting of the American Academy of Orthopaedic Surgeons in New Orleans on March 13, Dr. Figgie and colleagues found that select patients with RA do just as well with same-day bilateral knee replacement as OA patients, and with no higher complication rate.

The average hospital stay was slightly higher for RA patients, a difference of 5.8 days versus 5.4 days for the OA patients. The RA group was more likely to have acute postoperative anemia (17% versus 8% for OA patients) and blood transfusions (84% versus 77% for OA patients), but had similar rates of transfer to either the ICU or a rehabilitation facility. Researchers found no differences in the overall rates of procedure-related, minor and major complications between the two groups.

Rheumatoid arthritis patients should be carefully screened for surgery with stress tests, Dr. Figgie says. Although the bilateral procedure appears safe in RA patients without significant heart disease, he says, “These are typically more challenging cases, and surgeons will want to coordinate patient care with rheumatologists to avoid flares during the postoperative period.”

About Hospital for Special Surgery

Founded in 1863, Hospital for Special Surgery (HSS) is a world leader in orthopedics, rheumatology and rehabilitation. HSS is nationally ranked No. 1 in orthopedics, No. 4 in rheumatology, and No. 5 in geriatrics by U.S.News & World Report (2013-14), and is the first hospital in New York State to receive Magnet Recognition for Excellence in Nursing Service from the American Nurses Credentialing Center three consecutive times. HSS has one of the lowest infection rates in the country. From 2007 to 2012, HSS has been a recipient of the HealthGrades Joint Replacement Excellence Award. HSS is a member of the NewYork-Presbyterian Healthcare System and an affiliate of Weill Cornell Medical College and as such all Hospital for Special Surgery medical staff are faculty of Weill Cornell. The hospital’s research division is internationally recognized as a leader in the investigation of musculoskeletal and autoimmune diseases.