While some smokers consider electronic cigarettes a potential aid in quitting, some people who have already quit see them as a temptation to resume a habit they fought hard to ditch, a small study suggests.

Researchers in Scotland interviewed 64 smokers and found little consensus about the potential benefits and harms of e-cigarettes, which may reflect division in the medical community on the appropriateness of promoting e-cigarettes as a safer alternative to the real thing, the authors note in the journal Tobacco Control.
ADVERTISING

“Because e-cigarettes are relatively new products we are only beginning to learn about the health risks,” senior study author Amanda Amos, a researcher at the Center for Population Health Sciences at the University of Edinburgh Medical School, said by email.

E-cigarettes are designed to mimic the real thing, with a glowing tip that emits a cloud of vapor. There’s a battery and heating element inside as well as a cartridge that holds nicotine and other liquids or flavorings.

Because part of what makes cigarettes harmful is the tobacco smoke, it’s possible that e-cigarettes might be safer because they don’t actually burn tobacco. Even so, the nicotine inside e-cigarettes is still addictive.

Amos and colleagues conducted 12 focus groups and 11 individual interviews with current smokers and people who had quit smoking within the past year. 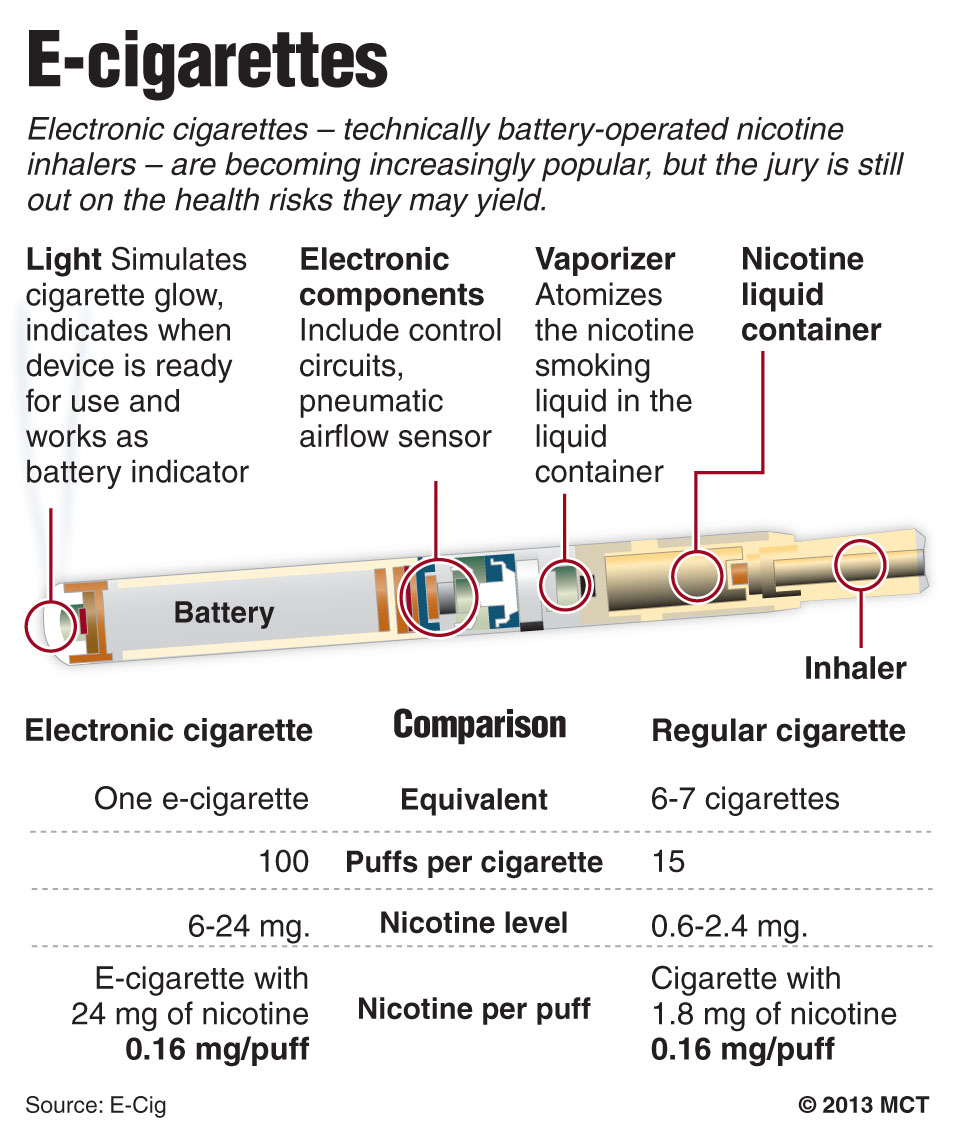 Most participants viewed smoking as a form of addiction and believed willpower played a strong role in quitting. Almost all of them had tried e-cigarettes at least once.

They generally viewed e-cigarettes as distinct from other nicotine replacement products like patches or gum that are designed to help people quit. Because general practitioners give nicotine alternatives to smokers trying to quit, the study participants tended to think of these as medical products.

With e-cigarettes, however, people were less clear about what their intended purpose or correct use might be, though they were seen as less directly tied to smoking cessation than patches or gum.

Some people saw e-cigarettes as a more satisfying replacement to smoking, while others viewed them as less desirable or even as a threat to smoking cessation.

“This paper shows that the public’s view of e-cigarettes is far from being clear, with a great deal of ambiguity around the product and its intended use,” Dr. Ricardo Polosa, a professor of internal medicine at the University of Catania in Italy.

“Really, it’s not complicated at all,” Polosa, who wasn’t involved in the study, said by email. “E-cigs are a much safer alternative to smoking and are intended for smokers who are unable to quit using other methods.”

While the study is too small to draw many conclusions about public perception of e-cigarettes, it highlights widespread confusion among consumers that has been observed in many countries, said Dr. Konstantinos Farsalinos, a researcher at Onassis Cardiac Surgery Center in Athens.

“Unfortunately, the end result is that smokers are discouraged from using e-cigarettes as an alternative to smoking,” Farsalinos, who wasn’t involved in the study, said by email. “For those smokers who cannot switch with, or do not want to use the pharmaceutical medications, e-cigarettes can really be life-saving.”