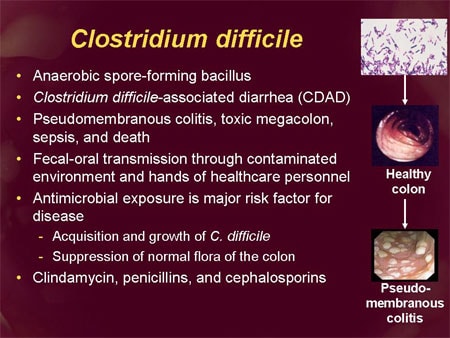 Researchers from Boston Medical Center (BMC) and Boston University School of Medicine (BUSM) have identified obesity as a possible risk factor for clostridium difficile infection (CDI). These findings, which appear online in Emerging Infectious Diseases, may contribute to improved clinical surveillance of those at highest risk of disease.

CDI is a bacterial infection of the gut which has traditionally been described as a healthcare associated infection. CDIs have a profound economic impact on the healthcare system with estimated costs ranging from $496 million to more than $1 billion and are leading cause of infectious diarrhea in hospitalized patients.

During the past decade, the annual number of hospital discharge diagnoses of CDI have doubled from approximately 139,000 to 336,600 and physicians are starting to see these infections in traditionally low risk patients without any healthcare or antibiotic exposure. According to the researchers this has raised the concern for whether there are yet unidentified risk factors increasing the probability of CDI in a subset of individuals.

The researchers examined three groups of patients with CDI—those who were admitted from the community with no risk factors, those who had prior exposure to hospitals or clinics, and those who had onset of disease in the hospital. “We hypothesized that in a group without healthcare exposure, the significance of other risk factors would be increased.

In particular, we were interested in inflammatory bowel disease which has previously been associated with higher risk of acquiring this infection and obesity, which has never been examined,” explained corresponding author Nahid Bhadelia, MD, MALD, associate hospital epidemiologist at BMC and assistant professor of medicine at BUSM.

“We were also surprised to note that our patients who were presenting from the community were almost twice as likely to be obese as the general population in Massachusetts (34 percent compared to 23 percent). Hence, like IBD, obesity may be associated with higher risk of CDI,” added Bhadelia.