Here’s another reason to put the salt shaker down: New research in mice shows that diets high in sodium may be a novel risk factor in the development of multiple sclerosis (MS) by influencing immune cells that cause the disease. Although this research does implicate salt intake as a risk factor, it is important to note that dietary salt is likely just one of the many environmental factors contributing to this complex disease, and very much influenced by one’s genetic background. This finding was published in the August 2015 issue of The FASEB Journal.

“We hope to provide a comprehensive understanding of how and why environmental factors interact with individuals’ unique genetic make up to influence autoimmune diseases such as MS,” said Dimitry N. Krementsov, Ph.D., a researcher involved in the work from the Department of Medicine, Immunobiology Program at the University of Vermont in Burlington, Vermont.

To make this discovery, Krementsov and colleagues fed a high salt diet or a control diet to three genetically different groups of mice. Researchers then induced a disease in these mice that mimics human MS. In one genetic group, both males and females fed a high salt diet showed worse clinical signs of the disease. In the other genetic group, only females showed a negative response to salt. In the third genetic group, there was no response to salt. Genetics were the critical factor. In the mice that did respond to salt, there were no direct changes in the function of their immune cells, but they showed signs of a weakened blood-brain barrier.

“As is the case with other things, you need to get enough salt so your body functions properly, but not too much or things start to go haywire,” said Gerald Weissmann, M.D., Editor-in-Chief of The FASEB Journal. “This report helps shed light on what can go wrong in individuals with genes that make one susceptible to autoimmune disease. It also helps us understand how much salt is just right for any given individual.”

Why is salt bad for our health?
Salt puts up our blood pressure. Raised blood pressure (hypertension) is the major factor which causes strokes, heart failure and heart attacks, the leading causes of death and disability in the UK.  There is also increasing evidence of a link between high salt intake and stomach cancer, osteoporosis, obesity, kidney stones, kidney disease and vascular dementia and water retention. Salt can also exacerbate the symptoms of asthma, Ménière’s disease and diabetes

Hypernatremia
When the levels of sodium in your body are higher than is normal, this condition is known as hypernatremia. It is caused by a variety of factors, including certain drugs, abnormalities in your body that hinder water absorption, and reduced water intake. In rare instances, hypernatremia may also be caused by excessive salt consumption. A study by scientists at University of Hamburg published in the January 2005 issue of “Legal Medicine” found that using excess salt to induce vomiting in intoxicated persons may lead to death due to fatal hypernatremia.

Receive monthly highlights from The FASEB Journal by e-mail. Sign up at http://www.faseb.org/fjupdate.aspx. The FASEB Journal is published by the Federation of the American Societies for Experimental Biology (FASEB). It is among the world’s most cited biology journals according to the Institute for Scientific Information and has been recognized by the Special Libraries Association as one of the top 100 most influential biomedical journals of the past century. 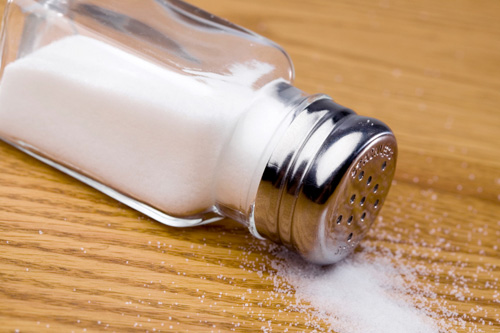 FASEB is composed of 27 societies with more than 125,000 members, making it the largest coalition of biomedical research associations in the United States. Our mission is to advance health and welfare by promoting progress and education in biological and biomedical sciences through service to our member societies and collaborative advocacy.