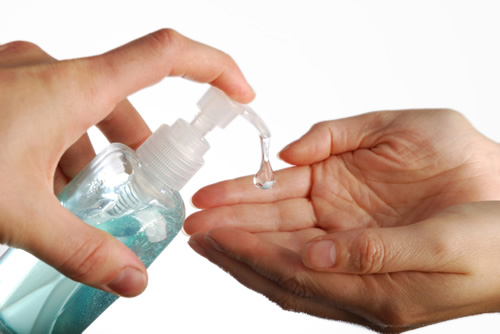 Among patients with Clostridium difficile infection (CDI) who recovered following standard treatment with the antibiotics metronidazole or vancomycin, oral administration of spores of a strain of C difficile that does not produce toxins colonized the gastrointestinal tract and significantly reduced CDI recurrence, according to a study in the May 5 issue of JAMA.

C difficile is the cause of one of the most common and deadly health care-associated infections, linked to 29,000 U.S. deaths each year. Rates of CDI remain at unprecedented high levels in U.S. hospitals. Clinical infection also has a recurrence rate of 25 percent to 30 percent among affected patients. Not all strains of C difficile produce toxins. Nontoxigenic C difficile strains that lack the genes for toxin production are also found in the hospital environment and can colonize hospitalized patients, although patients are usually asymptomatic. Gastrointestinal colonization by these nontoxigenic C difficile strains (in both humans and hamsters) has shown promising results as a potential way to prevent CDI, according to background information in the article.

Dale N. Gerding, M.D., of the Edward Hines Jr. VA Hospital, Hines, Il., and Loyola University Chicago, Maywood, Il., and colleagues randomly assigned 173 adult patients who were diagnosed as having CDI (first episode or first recurrence) to receive 1 of 4 treatments: oral liquid formulation of nontoxigenic C difficile strain M3 (VP20621; NTCD-M3), 104 spores/d for 7 days (n = 43), 107 spores/d for 7 days (n = 44), 107 spores/d for 14 days (n = 42), or placebo for 14 days (n = 44). Prior to enrollment, these patients had all successfully completed treatment with metronidazole, oral vancomycin, or both at 44 study centers in the United States, Canada, and Europe.

The researchers write that the mechanism by which NTCD prevents recurrent CDI is not known; however, there may be an association with the presence of NTCD in the stool (colonization) with reduced infection from toxigenic C difficile and in animal models with prevention of CDI when challenged with toxigenic strains. “The most likely hypothesized mechanism of action of NTCD-M3 is that it occupies the same metabolic or adherence niche in the gastrointestinal tract as does toxigenic C difficile and, once established, is able to outcompete resident or newly ingested toxigenic strains.”

The authors note that the sample size of the study was small, so many of the findings should be confirmed in larger studies.

Editor’s Note: This study was sponsored by ViroPharma Incorporated, which is now part of the Shire group of companies. Please see the article for additional information, including other authors, author contributions and affiliations, financial disclosures, etc.