A sweeping government study of thousands of women has found links between the older antidepressants Prozac and Paxil and birth defects, but has cleared other popular treatments in the class, including Celexa, Lexapro and Pfizer’s Zoloft, which is the subject of a major lawsuit over birth defect claims.

Earlier studies had raised questions about antidepressants in a class of drugs known as Selective Serotonin Reuptake Inhibitors or SSRIs, prompting the U.S. Food and Drug Administration in 2005 to issue a safety warning about use of the treatments during pregnancy.

In the current study, published on Wednesday in the British Medical Journal, researchers at the U.S. Centers for Disease Control and Prevention wanted to see if the birth defect risk affected the entire class of drugs, or only select treatments.

For the study, the researchers asked nearly 28,000 women if they took Celexa, Lexapro, Prozac, Paxil or Zoloft any time from one month before conception through the third month of pregnancy and analyzed which women bore children with birth defects.

In women who took those two drugs early in pregnancy, birth defects occurred 2 to 3.5 times more frequently compared with women who did not take them. 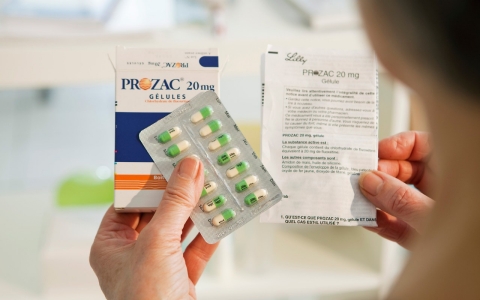 Both Paxil and Prozac were linked to a heart defect.

The study’s authors noted that the risks appeared to be small. For example, in women who took paroxetine early in pregnancy, the risk for anencephaly rose from 2 cases per 10,000 to 7 per 10 000.

The analysis was only able to show links between the drugs and birth defects, but could not prove that the drugs caused the deformities.

The authors called the findings about Zoloft “reassuring” because the drug was used by some 40 percent of the women in the study who said they had used an antidepressant in early pregnancy.