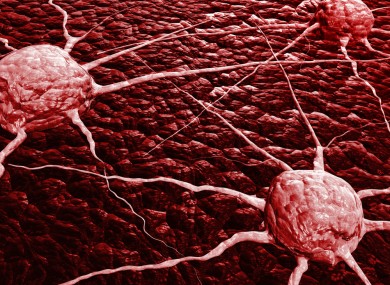 A new research report appearing in the May 2015 issue of the Journal of Leukocyte Biology suggests that allergic reactions—or at least the pre-existing inflammation from these reactions - may set the stage for cancer to spread from one area to another. Specifically, the report uses mice to show that inflammation raises the level of a known biomarker of cancer, called “chitinase-3-like-1” or “CHI3L1,” in the inflamed tissue, which leads to increased metastasis and faster cancer growth in that tissue.

“The research we have done is striking in that we showed pre-existing inflammation may be one of the factors that accelerates metastasis to the inflamed site” said Vijaya L. Iragavarapu-Charyulu, Ph.D., the principle investigator of the study from the Charles E. Schmidt College of Medicine at Florida Atlantic University. “We hope that this study is a fundamental building block for future studies on how other inflammatory diseases may predispose patients for increased metastasis.”

To make their discovery, Iragavarapu’s group used two groups of mice, one of which was genetically modified so it could not produce the CHI3L1 glycoprotein. Then they induced the two groups of mice to become asthmatic, after which the mice were challenged with breast cancer cells. After four weeks researchers observed that there was less inflammation in the mice lacking CHI3L1 expression, and that the tumors in these mice did not grow as fast. These mice also had less metastasis to the lungs. This proved that CHI3L1was an important inflammatory protein that promoted tumor growth and metastasis.