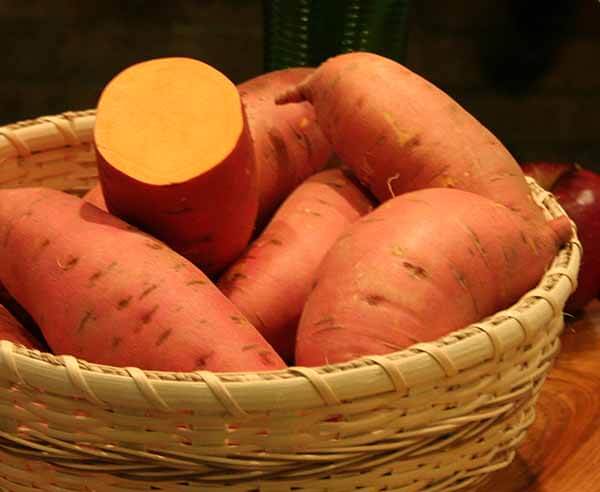 A new study has found that orange sweet potato (OSP) reduced both the prevalence and duration of diarrhea in young children in Mozambique.

The OSP was conventionally bred to provide more vitamin A in the diet. In Africa, more than 40 percent of children aged under five are estimated to be at risk of vitamin A deficiency. This increases the risk of diseases such as diarrhea, which is one of the leading causes of mortality in children, taking more than 350,000 lives of children under five in Africa every year.

Other studies have shown that vitamin A supplementation reduces diarrhea incidence in children, particularly those who are undernourished or suffering from severe infections. This newly published research is the first to show that an agricultural food-based approach can improve health in young children.

The study found a 42 percent reduction in the likelihood that children under the age of five who ate OSP within the past week would experience diarrhea. For children under three years of age who ate OSP, the likelihood of having diarrhea was reduced by more than half (52 percent). The OSP had an impact not only on reducing the incidence, but also the duration of diarrhea. For children who had diarrhea, eating OSP reduced the duration of the illness by more than 10 percent in children under five, and more than 25 percent in children aged under three. The children had all eaten OSP within the past week.

‘The beta-carotene in OSP is converted into vitamin A the same day the OSP is eaten,’ says Dr. Erick Boy, the head of Nutrition at HarvestPlus, a global program to improve nutrition that funded the field research. ‘This vitamin A is used by the cells lining the gut to help form a barrier to invading germs. These cells are regenerated every few days, so cells that have been weakened due to lack of vitamin A are quickly replaced by healthy cells when there is enough vitamin A. It should be noted that access to clean water and sanitation, targeted immunization, and breastfeeding are also important in helping to prevent diarrhea.’ 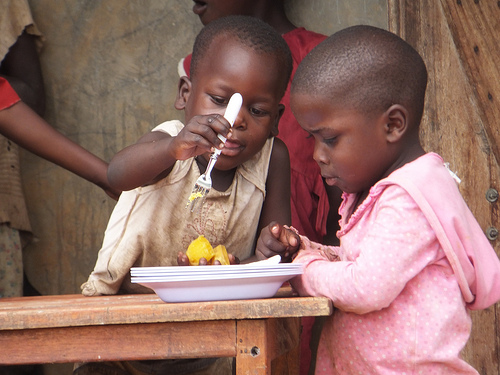 The study also found that there was greater impact in reducing diarrhea in children with educated mothers, who are likely better able to understand the health benefits of OSP, and also to change children’s diets.

‘Both vitamin A supplements and vitamin A-rich foods like orange sweet potato can provide sufficient vitamin A. From a public health perspective, they are complementary - neither alone is able to reach every child who needs vitamin A,’ says Alan de Brauw, a Senior Research Fellow at the International Food Policy Research Institute. ‘But vitamin A supplements can be expensive, as much as $2.71 per dose. Alleviating this deficiency worldwide through supplements alone would cost almost $3 billion per year. Using OSP to provide vitamin A is a fraction of that cost. Given the popularity of OSP—children especially love its taste - we think it’s a sustainable solution to improving nutrition and child health in many countries, complemented, of course, by supplementation where it is cost-effective.’

HarvestPlus’ principal donors are the UK Government; the Bill & Melinda Gates Foundation; the U.S. Government’s Feed the Future initiative; the European Commission; and donors to the CGIAR Research Program on Agriculture for Nutrition and Health, of which HarvestPlus is a part.

HarvestPlus leads a global effort to improve vitamin and mineral nutrition and public health by developing and deploying staple food crops that are rich in vitamins and minerals. We work with diverse partners in more than 40 countries. HarvestPlus is part of the CGIAR Research Program on Agriculture for Nutrition and Health (A4NH). CGIAR is a global agriculture research partnership for a food secure future. Its science is carried out by its 15 research centers in collaboration with hundreds of partner organizations. The HarvestPlus program is coordinated by two of these centers: the International Center for Tropical Agriculture (CIAT) and the International Food Policy Research Institute (IFPRI).