Physicians must become better prepared to answer patients’ questions about cannabis because its use in medicine is exploding, according to a leading researcher.

“It’s high time we got up to speed with the language and the issues around communication on this,” said Mark Ware, MBBS, MSc, from McGill University Health Centre in Montreal, Quebec, Canada.

Dr Ware has researched the use of cannabis in pain control and gave an overview of the field in a plenary talk here at the American Pain Society (APS) 34th Annual Scientific Meeting.

Researchers are beginning to separate the analgesic constituents of cannabis from the psychoactive ones, he said. “But in the meantime, many jurisdictions have legalized cannabis for medical use, and more and more patients are using it to treat their pain. Physicians must be prepared to counsel them on potential risks and benefits.”

If doctors brush off these patients, he warned, “they’ll leave the clinic and go to one of those people who are selling licenses down the road for $400. They’ll get their card. And there’s no follow-up and no monitoring and no chance to really learn as physicians and no chance for us to help guide them in that pathway.”

Dr Ware gave the example of two patients who visited him in his pain clinic in one day. The first was a 62-year-old woman who had experienced radiation-induced neuropathic pain in her chest for 5 years after a double mastectomy. Conventional pain relievers had not helped. She had never smoked marijuana before, but now she wanted to know if she should try it. 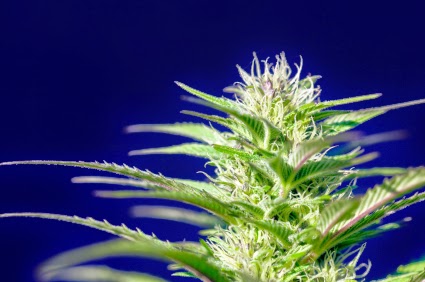 The other patient was 42 years old, overweight, inactive, and recently diagnosed with rheumatoid arthritis. She had experienced diffuse body pain for 20 years and had been smoking 3 g of marijuana per day for most of that time. She wanted to know if Dr Ware would authorize this use as a medical treatment.

Answering such questions is not easy, Dr Ware said. To help, physicians must come up to speed not only with the research but with the way marijuana is packaged, sold, and used on the street.

“Learning how to speak ‘cannabis’ is not always easy,” he said. “You have to learn about weed and pot and joints and blunts, dabs, and doobs.”

He also advised clinicians that many patients feel stigmatized and nervous about discussing their marijuana use - not least because of the strong smell from smoking it. “Quite frankly it stinks,” he said.

Recent research promises to reduce the stigma as well as side effects, he said. “Cannabis is where opioids were 20 to 30 years ago.”

Researchers have progressed from isolating the active compounds in the plant to identifying cannabinoid receptors and recognizing an endogenous cannabinoid system, he said. “This is a very valid target for therapeutics.”

Already this work has identified over 100 cannabinoids. Two of the best understood are tetrahydrocannabinol (THC), the ingredient for which marijuana plants have been bred for recreational use, and cannabidiol (CBD), which takes the place of THC in hemp used for fiber.