Staying up late every night and sleeping in is a habit that could put you at risk for gaining weight. People who go to bed late and sleep late eat more calories in the evening, more fast food, fewer fruits and vegetables and weigh more than people who go to sleep earlier and wake up earlier, according to a new Northwestern Medicine study.

Late sleepers consumed 248 more calories a day, twice as much fast food and half as many fruits and vegetables as those with earlier sleep times, according to the study. They also drank more full-calorie sodas. The late sleepers consumed the extra calories during dinner and later in the evening when everyone else was asleep. They also had a higher body mass index, a measure of body weight, than normal sleepers.

The study is one of the first in the United States to explore the relationship between the circadian timing of sleeping and waking, dietary behavior and body mass index. The study was published online in the journal Obesity and is expected to appear in a late summer print issue.

“The extra daily calories can mean a significant amount of weight gain – two pounds per month – if they are not balanced by more physical activity,” said co-lead author Kelly Glazer Baron, a health psychologist and a neurology instructor at Northwestern University Feinberg School of Medicine.

“We don’t know if late sleepers consume the extra calories because they prefer more high-calorie foods or because there are less healthful options at night,” said co-lead author Kathryn Reid, research assistant professor in neurology at the Feinberg School. 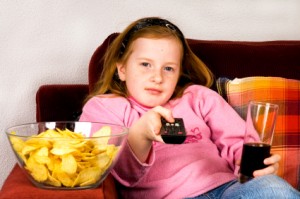 “Human circadian rhythms in sleep and metabolism are synchronized to the daily rotation of the earth, so that when the sun goes down you are supposed to be sleeping, not eating,” Zee said. “When sleep and eating are not aligned with the body’s internal clock, it can lead to changes in appetite and metabolism, which could lead to weight gain.”

The research findings could be relevant to people who are not very successful in losing weight, Zee said. “The study suggests regulating the timing of eating and sleep could improve the effectiveness of weight management programs,” she said. 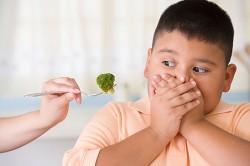 The findings also have relevance for night-shift workers, who eat at the wrong time of day related to their bodies’ circadian rhythms. “It’s midnight, but they’re eating lunch,” Zee said. “Their risk for obesity as well as cardiovascular, cerebrovascular and gastrointestinal disorders is higher.”

Participants in the study recorded their eating and sleep in logs and wore a wrist actigraph, which monitors sleep and activity cycles, for at least seven days.

Late sleepers function in society by finding jobs where they can make their own hours, Baron noted, such as academics or consultants. “They find niches where they can live this lifestyle, or they just get by with less sleep,” she said.

Northwestern researchers are planning a series of studies to test the findings in a larger community and to understand the biological mechanisms that link the relationship between circadian rhythms, sleep timing and metabolism.