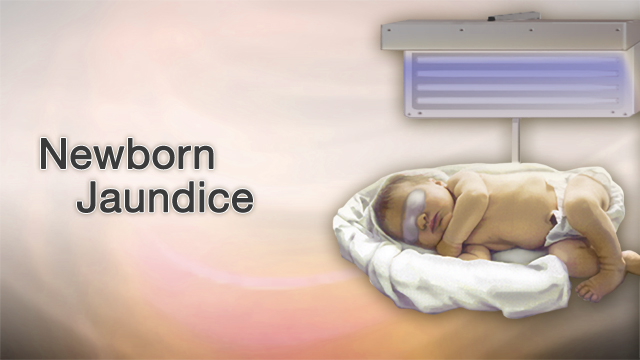 Newborn jaundice: It’s one of the last things a parent wants to deal with, but it’s unfortunately a common condition in babies less than a week old.

Skin that turns yellow can be a sure sign that a newborn is jaundiced and isn’t adequately eliminating the chemical bilirubin. But that discoloration is sometimes hard to see, and severe jaundice left untreated can harm a baby.

University of Washington engineers and physicians have developed a smartphone application that checks for jaundice in newborns and can deliver results to parents and pediatricians within minutes. It could serve as a screening tool to determine whether a baby needs a blood test – the gold standard for detecting high levels of bilirubin.

“Virtually every baby gets jaundiced, and we’re sending them home from the hospital even before bilirubin levels reach their peak,” said James Taylor, a UW professor of pediatrics and medical director of the newborn nursery at UW Medical Center.

“This smartphone test is really for babies in the first few days after they go home. A parent or health care provider can get an accurate picture of bilirubin to bridge the gap after leaving the hospital.”

The research team will present its results at the Association for Computing Machinery’s International Joint Conference on Pervasive and Ubiquitous Computing in September in Seattle.

Jaundice is a yellow discoloration of the skin and the white part (the sclera) of the eyes. It results from having too much of a substance called bilirubin in the blood.

Bilirubin is formed when the body breaks down old red blood cells. The liver usually processes and removes the bilirubin from the blood.

Jaundice in babies usually occurs because of a normal increase in red blood cell breakdown and the fact that their immature livers are not efficient at removing bilirubin from the bloodstream.

The app, called BiliCam, uses a smartphone’s camera and flash and a color calibration card the size of a business card. A parent or health care professional would download the app, place the card on her baby’s belly, then take a picture with the card in view. The card calibrates and accounts for different lighting conditions and skin tones. Data from the photo are sent to the cloud and are analyzed by machine-learning algorithms, and a report on the newborn’s bilirubin levels is sent almost instantly to the parent’s phone.

“This is a way to provide peace of mind for the parents of newborns,” said Shwetak Patel, a UW associate professor of computer science and engineering and of electrical engineering. “The advantage of doing the analysis in the cloud is that our algorithms can be improved over time.”

- As a baby’s bilirubin levels rise, jaundice moves from the head to involve the arms, trunk, and finally the legs. If the bilirubin levels are very high, a baby will appear jaundiced below the knees and over the palms of his or her hands. One easy way to check for jaundice is to press a finger against your baby’s skin, temporarily pushing the blood out of it. Normal skin will turn white when you do this, but jaundiced skin will stay yellow.

- Older children and adults will appear jaundiced when the amount of bilirubin in their blood is above 2 milligrams per deciliter (mg/dL). Newborn babies will begin to appear jaundiced when they have more than 5 mg/dL of bilirubin in their blood. It is important to recognize and treat neonatal jaundice because high levels of bilirubin can cause permanent damage to a baby’s brain. This brain damage is called kernicterus. Today, because of increased awareness and effective treatment of neonatal jaundice, kernicterus is extremely rare.

- Jaundice itself does not produce any clinical symptoms, but the underlying cause may produce the following symptoms:

A noninvasive jaundice screening tool is available in some hospitals and clinics, but the instrument costs several thousand dollars and isn’t feasible for home use. Currently, both doctors and parents assess jaundice by looking for the yellow color in a newborn’s skin, but this visual assessment is only moderately accurate. The UW team developed BiliCam to be easy to use and affordable for both clinicians and parents, especially during the first several days after birth when it’s crucial to check for jaundice.

Jaundice, or the yellowing of the skin, can happen when an excess amount of bilirubin collects in the blood. Bilirubin is a natural byproduct of the breakdown of red blood cells, which the liver usually metabolizes. But newborns often metabolize bilirubin slower because their livers aren’t yet fully functioning. If left untreated, severe jaundice can cause brain damage and a potentially fatal condition called kernicterus.

The UW team ran a clinical study with 100 newborns and their families at UW Medical Center. They used a blood test, the current screening tool used in hospitals, and BiliCam to test the babies when they were between two and five days old. They found that BiliCam performed as well as or better than the current screening tool. Though it wouldn’t replace a blood test, BiliCam could let parents know if they should take that next step.

“BiliCam would be a significantly cheaper and more accessible option than the existing reliable screening methods,” said Lilian de Greef, lead author and a UW doctoral student in computer science and engineering. “Lowering the access barrier to medical applications can have profound effects on patients, their caregivers and their doctors, especially for something as prevalent as newborn jaundice.”

The researchers plan to test BiliCam on up to 1,000 additional newborns, especially those with darker skin pigments. The algorithms will then be robust enough to account for all ethnicities and skin colors. This could make BiliCam a useful tool for parents and health care workers in developing countries where jaundice accounts for many newborn deaths.

“We’re really excited about the potential of this in resource-poor areas, something that can make a difference in places where there aren’t tools to measure bilirubin but there’s good infrastructure for mobile phones,” Taylor said.

In most cases, jaundice is not preventable.

- The best way to avoid jaundice is to make sure your baby is getting enough fluids.
- If you are breastfeeding your child and have any questions or concerns, speak to a lactation consultant. Many hospitals provide this service.
- If you have not received formal training in infant or child CPR and you have children at home, contact your local American Heart Association chapter to enroll in a class as soon as possible.

Within a year, the researchers say BiliCam could be used by doctors as an alternative to the current screening procedures for bilirubin. They have filed patents on the technology, and within a couple of years hope to have Federal Drug Administration approval for the BiliCam app that parents can use at home on their smartphones.

This research is funded by the Coulter Foundation and a National Science Foundation Graduate Research Fellowship.

For more information, contact the research team at .(JavaScript must be enabled to view this email address).