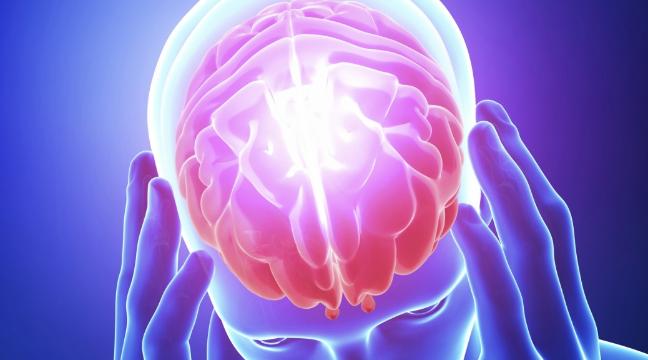 A UT Dallas scientist has found a new neurological mechanism that appears to contribute to a reduction in pain.

According to Dr. Ted Price, associate professor in the School of Behavioral and Brain Sciences, the discovery of neuroligin-2 as a cause exacerbating chronic pain is significant for the research community. Although the findings likely won’t immediately lead to new pain therapies, the findings offer a potential new therapeutic direction to investigate, he said.

Price’s research on the topic has recently been published online in Pain, the journal of the International Association for the Study of Pain.

The study focused on the body’s inhibitory networks - a series of biochemical reactions that decrease certain neurological activity, such as pain. Price said a great deal of previous research in this area has focused on the activity of the neurotransmitter GABA, a chemical released by nerve cells in the brain.

Normally a GABA neurotransmitter acts to inhibit neuronal activity, such as pain. However, when pain becomes chronic there is strong evidence that a process called GABAergic plasticity can cause GABA to lose its inhibitory activity, sometimes making the pain even worse.

The source of these excitatory actions in neuronal circuits has been broadly attributed to chloride ions, but Price’s research has found another potential cause of GABAergic plasticity: synaptic adhesion molecules called neuroligin-2.

“From a basic science perspective, we’re really excited about it because it demonstrates that the types of GABAergic plasticity that can occur in the setting of chronic pain are more diverse than we’ve appreciated before,” he said.

Price, who heads the undergraduate research program in neuroscience in the School of Behavioral and Brain Sciences, focuses much of his research on understanding the neuroscience behind pain, particularly chronic pain. He said individuals with chronic pain typically don’t receive the pain-reduction benefits delivered by inhibitory systems. Instead, they often experience increased pain.

“When you hit your hand with a hammer, almost everybody has the same reflex reaction - that is, to rub your finger which, in turn, helps to reduce pain. The reason that works is because it increases GABAergic inhibition in the spinal cord,” Price said. “However, people who have chronic pain—if they do the same thing - find that rubbing it actually makes the pain worse. That’s because the GABAergic system loses its efficacy and, in fact, can become excitatory.”

Price said the current research is another step in determining why the GABAergic system stops working correctly in some people; it provides a second theory for what drives the system.

“Having two ideas and different models will allow us to determine what the therapeutic opportunities are - creating something that will change that back to normal. The lack of performance in the inhibitory system is very detrimental to those who are in chronic pain,” he said.

Price said the development of chronic pain is, in essence, one’s body “learning” something that is bad.

“It’s changing the way the body functions - it’s learning. That learning, in the case of chronic pain, is aberrant - it’s causing the situation to get worse. If we can figure out what that form of learning was, then we can potentially reverse it. Understanding that the GABAergic system changes during this form of learning potentially offers a new therapeutic avenue,” he said.

Dr. Ji-Young Kim, who recently completed her PhD under the guidance of Price, played a key role in the design and execution of the study. The work was funded by the National Institutes of Neurological Disorders and Stroke.