The number of obese U.S. adults rose in 16 states in the last year, helping to push obesity rates in a dozen states above 30 percent, according to a report released on Thursday.

By that measure, Mississippi is the fattest state in the union with an adult obesity rate of 34.4 percent. Colorado is the least obese - with a rate of 19.8 percent - and the only state with an adult obesity rate below 20 percent, according to “F as in Fat,” an annual report from the Trust for America’s Health and the Robert Wood Johnson Foundation.

While the number of states showing significant year-over-year increases in obesity has been slowing, no state chalked up an actual decline. Even Colorado does not win high marks - its score means one in five state residents is at higher risk for conditions like heart disease and diabetes.

“Today, the state with the lowest adult obesity rate would have had the highest rate in 1995,” said Jeff Levi, executive director of the Trust for America’s Health.

Four years ago, only one U.S. state had an adult obesity rate above 30 percent, according to the report, which defines adult obesity as a having a body mass index - a weight-to-height ratio - of 30 or more.

Over the last two decades, people in the United States have been eating less nutritious food and more of it. At the same time, activity levels have fallen, Levi said. 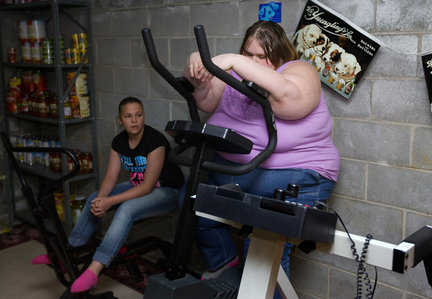 “If we’re going to reverse the obesity trends, willpower alone won’t do it. We’re going to have to make healthier choices easier for Americans,” Levi said.

Public health experts around the world have raised the alarm about exploding rates of obesity - particularly among children - and many are promoting efforts to encourage exercise and easier access to affordable, healthy food.

In the United States - where two-thirds of adults and nearly one-third of children are obese or overweight - the obesity epidemic is sending healthcare costs higher and threatening everything from worker productivity to military recruitment.

Some groups say such behavioral initiatives are not enough, arguing that food manufacturers and restaurant chains need limits on how they market to children.

The Center for Science in the Public Interest, a U.S. consumer group, last year sued McDonald’s Corp to stop the world’s largest hamburger chain from using Happy Meal toys to lure children into its restaurants. Last month, the American Academy of Pediatrics - a group of U.S. pediatricians - called for a ban on junk food ads aimed at children. 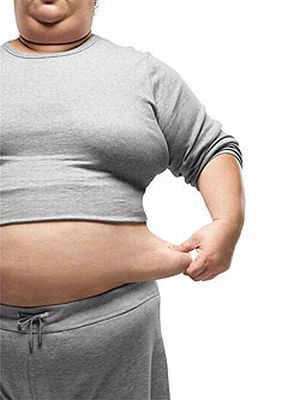 The food industry - which has significantly increased portion sizes in restaurants and packaged foods like sugar-sweetened beverages over the last 20 years - is fighting regulation efforts and has adopted the mantra of “personal responsibility.”

To that end, food and beverage companies say consumers have the right to choose what they eat and should balance their caloric intake with activity.

Since 1995, obesity rates have risen fastest in Oklahoma, Alabama and Tennessee, while Colorado, Connecticut and Washington, D.C., had the slowest increases.

Adults from racial and ethnic minority groups, as well as those with less education and lower incomes, continue to have the highest overall obesity rates.