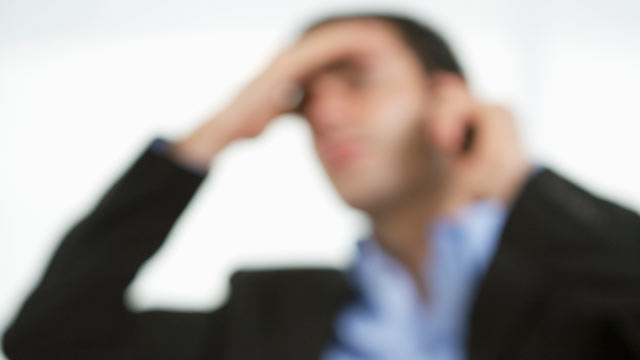 A University of Leicester clinical psychologist has described treating an individual with a ‘Groundhog Day/Memento’- style memory loss as ‘like nothing we have ever seen before’.

Now Dr Gerald Burgess has described the study of an amnesia patient - who suffered memory loss after root-canal treatment at a dentist - in an academic article in the journal Neurocase.

The work by Dr Burgess from the University of Leicester was done in collaboration with Bhanu Chadalavada Consultant Psychiatrist at Northamptonshire Healthcare Foundation NHS Trust, Northampton.

Dr Burgess is now appealing for people who know of someone who might have suffered similar symptoms of memory loss, or medical or allied health professionals working with someone like this, to contact him in order to build up knowledge and evidence in this field of study.

Dr Burgess, of the School of Psychology at the University of Leicester, was working as a clinical psychologist a decade ago when the patient was referred to him.

Dr Burgess said: “One of our reasons for writing up this individual’s case was that we had never seen anything like this before in our assessment clinics, and we do not know what to make of it, but felt an honest reporting of the facts as we assessed them was warranted, that perhaps there will be other cases, or people who know more than we do about what might have caused the patient’s amnesia.

“Our experience was that none of our colleagues in neurology, psychiatry, and clinical neuropsychology could explain this case, or had seen anything like it themselves before.”

The case revolves around a 38-year-old man from the UK who went to the dentist for a routine procedure and lost the ability to create new memories. Since the one-hour root-canal treatment, during which he was given a local anaesthetic, the individual cannot remember anything beyond 90 minutes.

He is fully aware of his identity and his personality did not change - but every day the man thinks it is the day of his dental appointment. He has to manage his life through an electronic diary and access to prompts.

You can read more about his story in Brain Decoder and in BBC Future as well as NYmag. Dr Burgess added: “Amongst our allied health professions, what we did know about from decades of research and hundreds of case studies, is that bilateral damage to the hippocampal and/or diencephalon structures causes profound amnesia, and in the absence of apparent structural damage to these structures, it left an explanation widely open to speculation.

“I think we learned so much, assessing and working with the patient. One thing is that we should perhaps not be so stuck in thinking that profound amnesia only occurs in the context of visible damage to the brain’s hippocampal and/or diencephalon structures - those structures appear just to be needed for the initial holding or retention of information before engrams then proceed slowly through several other neuro-electrical and neuro-chemical events, before finally permanent memories are stored, and that something can occur at some later point in this process to vanquish the memory trace permanently.

“An acquired or manifest deficiency of protein synthesis, required for permanent re-structuring of synapses in the brain, seemed an intriguing speculation, and one we hope there might be further human research into. This speculation was sparked by two seemingly key coincidences of one, timing when this protein synthesis stage occurs coincides with the patient’s forgetting at 90 minutes or thereabouts, and two, both ‘episodic’ and ‘procedural’ memories appear to require successful protein synthesis to occur for long-term memory permanence, and the patient cannot retain any new either episodic or procedural memories - and this is unusual compared to traditional cases of amnesia.

“I don’t think that at this point the dental anaesthetic or root canal can be blamed; it would be unethical and perhaps baseless scaremongering to do so, there is not sufficient evidence. I feel the story lies elsewhere, but that the preceding incident needed to be documented and not ignored.

“There is nothing more than that to go on now. Since publishing the article, web-based stories that have appeared have attracted a few people to write to me with theories or stories around anaesthesia and/or tooth extractions and subsequent memory difficulties. A few other profound anterograde amnesia cases in the literature, cited in the original article, followed on from an acute medical emergency involving the spinal column (e.g. whiplash), so no clear link to anaesthetic effects or tooth extraction that I am aware of. I would be most grateful if others have stories or theories of this or some kind to come forward.”

People can contact Dr Burgess via .(JavaScript must be enabled to view this email address) or 0116 223 1602