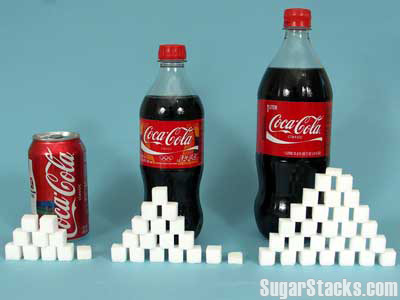 Scientists at the University of Alaska Fairbanks identified a new tool that can dramatically improve the notoriously inaccurate surveys of what and how much an individual eats and drinks. Their research is published in the June 2013 issue of the Journal of Nutrition.

Conventional wisdom says that consumption of sugar-sweetened beverages such as soda and fruit juice is a significant contributor to obesity and chronic disease risk, but the science surrounding this issue is inconclusive. Part of the problem is that in a typical diet survey few people accurately and consistently recall what they consumed. The problem becomes exaggerated when people underreport foods they know are less healthy for them, like sugars.

“We were looking for an objective biomarker that could accurately measure long-term sugar intake from a single blood or hair sample” said Diane O’Brien, project leader and biologist with the UAF Center for Alaska Native Health Research at the Institute of Arctic Biology.

The biomarker O’Brien and her CANHR research group pilot-tested was the ratio of two different carbon atoms (heavy carbon 13 and light carbon 12) which are incorporated into plants during photosynthesis. The ratio, called an isotopic signature, is distinct in corn and sugar cane, which are the sources of nearly all of the sugars found in sugar-sweetened beverages.

“We used the isotopic signature of alanine an amino acid and building block of protein that essentially traps the carbon from dietary sugar so that it can be measured in the protein component of hair or blood,” O’Brien said.

Even after foods and beverages are consumed, metabolized, transported in blood and stored in body tissues, these isotopic signatures remain largely intact. The more sugar-sweetened beverages an individual consumes, the greater alanine’s carbon isotope ratio will be. Importantly, O’Brien’s group found that alanine was uncorrelated with other foods that can contribute to elevated carbon ratios.

Although the use of isotope signatures to study food webs and diet is not new, previous efforts to accurately measure sweetener intake have not been particularly successful. The use of alanine and the technique employed by O’Brien’s group makes their findings particularly exciting.

“Even for validated and well-accepted biomarkers of diet, associations with self-reported intake are generally very weak. Our biomarker was able to explain almost half of the variation in self-reported sugar-sweetened beverage intake, which in this field is a very high level of explanatory power,” said O’Brien.

The scientists’ findings are also being used in other health and diet-related research.

The tool is not without its drawbacks, caution the authors.

“The gas chromatography-combustion-isotope ratio mass spectrometry process we used isn’t inexpensive and or widely available,” O’Brien said. “We expect that our findings will be most useful as a calibration tool, either for self-reported dietary data or more high-throughput biomarkers of sweetener intake.”

The Center for Alaska Native Health Research was established through a five-year grant awarded by the National Institutes of Health, National Center for Research Resources to the University of Alaska Fairbanks. The purpose of CANHR is to investigate weight, nutrition and health in Alaska Natives. CANHR approaches this thematic focus from a genetic, dietary and cultural-behavioral perspective. The funding comes through a program for Centers of biomedical Research Excellence. This project is a partnership with the Yukon-Kuskokwim Health Corporation.

The participants and data in this project are from the CANHR Neqem Nallunailkutaa (The Foods’ Market) study conducted in 2008-2009 in two coastal Yup’ik communities in Southwest Alaska.