Many people in Russia know about the Dima Rogachev Centre - particularly those who have faced the challenge of child cancer. The centre is Europe’s largest pediatric cancer care facility and is named after a boy with advanced cancer who wrote a letter to President Putin inviting him to visit; the invitation was accepted, and after the visit, the decision was made to build a state-of-the-art Centre for Pediatric Hematology, Oncology and Immunology, based in the Research Institute of Pediatric Hematology. The new centre was named after Dmitry ‘Dima’ Rogachev who died two years later at the age of 12 while the centre was still under construction.

There is a waiting list for the centre which provides the best pediatric cancer treatment available in Russia - for example, lymphoblastic leukemia used to be a largely fatal condition in Russia in the early 1990s, and its ten-year survival rates did not exceed 10%. Today, the survival rate is 85%, yet further progress beyond this has been a struggle.

In 2011, Russian oncologists looked beyond what medicine could offer, and Alexander Karachunsky, Deputy Director for Research of the Federal Research Center of Pediatric Hematology, Oncology, and Immunology (the Dmitry Rogachev Centre) contacted the HSE School of Data Analysis and Artificial Intelligence. “He hoped that the mathematicians and programmers there could help doctors with data analysis and the modeling of disease progression and treatment response,” according to Sergei Kuznetsov, Head of the School, “and he asked us to find out why certain drugs and therapies work for some patients, but not others. The medics were interested in how the treatment response might vary depending on the patient’s physiology, such as the state of the internal organs and blood, and the role of genetics.”

Many doctors now believe that it may be possible to identify patient subgroups for whom the use of a particular drug or type of therapy can be preferable, based on patient profiles. 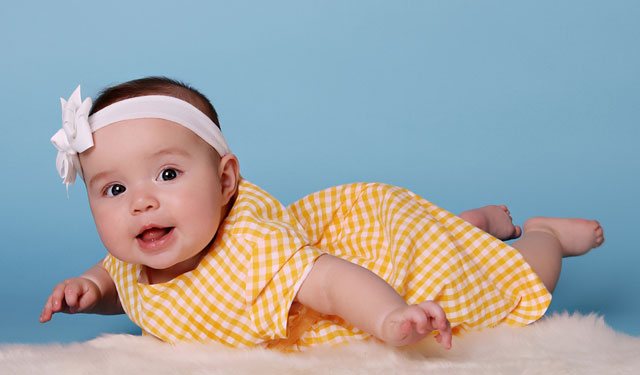 Today, personalised medicine is an important trend in health care and particularly in pharmacology. It means that the choice of drugs and treatment regimens is based on the patient’s individual profile, including their physiological, biochemical and genetic makeup, and other parameters. Rather than treat the disease, medics are moving towards treating a specific person. In fact, the traditional approach where drugs are designed and administered to treat a certain ailment has been found ineffective in many cases. According to the WHO, conventional pharmacology fails to produce the desired effect in 20% to 70% of ulcer patients, 5% to 57% of diabetes patients, 10% to 75% of hypertension patients, and 70% to 100% of cancer patients. Many experts argue that taking into account individual characteristics, including genetic factors, may be particularly important in cancer treatment.

Genome sequencing and the use of mathematical methods for clinical data processing can support the advancement of personalised medicine. Thus, a team of HSE mathematicians were asked to systematise and analyse patients’ personal data to inform better treatment choices.

The researchers set out to develop a methodology for identifying patient subgroups with significant differences in terms of response to certain treatments, specifically two types of chemotherapy, DEXA and MEDROL. The study compared patients with similar physiological profiles receiving different types of treatment.

The study was based on data from 1,773 patients aged 18 and younger diagnosed with acute lymphoblastic leukemia. The calculation takes into account the patient’ gender, age at diagnosis, status of internal organs (liver, spleen, central nervous system), immunophenotype - i.e. cell characteristics obtained using monochannel antibodies - and other factors. “The interaction of certain factors may be more complex than we can currently imagine, including thousands and even millions of possible combinations,” according to researcher Natalia Korepanova of the School of Data Analysis and Artificial Intelligence. She also explains that mathematical modeling helps to identify any links between different combinations of these characteristics and their correlation with the treatment effect.

First, the researchers used machine learning methods, namely decision trees, for data analysis. This model uses several input variables (i.e. the tree roots) to determine potential values of the target variable (i.e. the tree leaves). While decision trees enable relatively fast processing of very large data sets, according to Kuznetsov, this method has a downside, i.e. a degree of randomness in the selection of competing options (branches). “If we select the wrong branch to begin with, we can no longer go back to the right option. But when the stakes are high, we can use global optimisation, which can take time, but produces a comprehensive picture.” Therefore, as their next step, they applied a formal concept analysis to review all possible options and visualise object-attribute correlations using formal concept lattices, a.k.a. Galois lattices. This approach makes it possible to construct a lattice based on any binary relation or a mathematical description of a concept as an object-attribute pair.

The above analysis has identified distinct patient groups which respond differently to the same treatment. The following is an example of a hypothesis confirmed with 95% reliability and 85% sensitivity: MEDROL is more effective than DEXA in patients aged 6.6, with the spleen size of at least 3.5 and pre-pre-B or pre-B immunophenotype, a total of 47 patients in the sample. If all patients are treated with MEDROL, eight would be saved.

The researchers came up with a procedure for identifying patient subgroups responding differently to two types of treatment. “Identifying smaller groups with significant differences between them is fairly easy,” notes Kuznetsov, “but only clinical trials can fully confirm the hypotheses.” Conducting such clinical trials is the key objective of the Centre’s medics today. In addition to this, the researchers are now addressing a few remaining questions, e.g. how to modify the process for comparing three or more different treatment strategies, how to take into account adverse events such as recurrence and metastasis, and others. According to Kuznetsov, the procedure they have developed can be easily adapted to any subgroup analysis, and is not limited to hematology and medicine.

Now it is up to medics to interpret the study’s results and come up with a clinical decision. Dozens of patients, without knowing it, are waiting for a confirmation that the method works. These patients may never know who they should credit for the solution, but the medics of the Dima Rogachev Centre are now certain that the can always turn to HSE mathematicians for assistance.