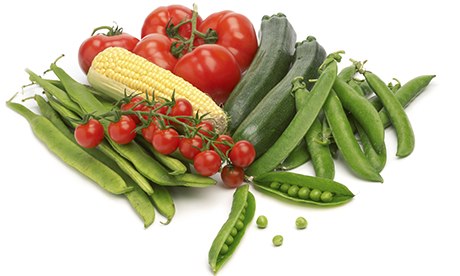 People who frequently cook meals at home eat healthier and consume fewer calories than those who cook less, according to new Johns Hopkins Bloomberg School of Public Health research.

“When people cook most of their meals at home, they consume fewer carbohydrates, less sugar and less fat than those who cook less or not at all - even if they are not trying to lose weight,” says Julia A. Wolfson, MPP, a CLF-Lerner Fellow at the Johns Hopkins Center for a Livable Future and lead author of the study.

The findings also suggest that those who frequently cooked at home - six-to-seven nights a week - also consumed fewer calories on the occasions when they ate out.

Wolfson is scheduled to present the research at the American Public Health Association’s Annual Meeting in New Orleans, La., on November 17. The study will be published online in the journal Public Health Nutrition.

Wolfson and co-author Sara N. Bleich, PhD, an associate professor in the Department of Health Policy and Management at the Bloomberg School, analyzed data from the 2007-2010 National Health and Nutrition Examination Survey from more than 9,000 participants aged 20 and older. The survey asked detailed questions about what participants ate during a 24-hour period as well as other eating behaviors such as fast food in the past 30 days. The researchers found that 8 percent of adults cooked dinner once or less a week and this group consumed, on an average day, 2,301 total calories, 84 grams of fat and 135 grams of sugar. Forty-eight percent of participants cooked dinner six to seven times a week and they consumed 2,164 calories, 81 grams of fat and 119 grams of sugar on an average day. The researchers also found that those who cook at home more often rely less frequently on frozen foods and are less likely to choose fast foods on the occasions when they eat out.

The research found blacks are more likely to live in households where cooking occurs less frequently than whites; and individuals who work more than 35 hours a week outside the home also cook less often.

“Obesity is an escalating public health problem that contributes to other serious health issues, including diabetes, high blood pressure and heart disease,” says Wolfson. “The evidence shows people who cook at home eat a more healthy diet. Moving forward, it’s important to educate the public about the benefits of cooking at home, identify strategies that encourage and enable more cooking at home, and help everyone, regardless of how much they cook, make healthier choices when eating out.”

Wolfson says there may not be a one-size-fits-all solution to getting people to cook more. “Time and financial constraints are important barriers to healthy cooking and frequent cooking may not be feasible for everyone. But people who cook infrequently may benefit from cooking classes, menu preparation, coaching or even lessons in how to navigate the grocery store or read calorie counts on menus in restaurants.”

“Is cooking at home associated with better diet quality or weight-loss intention?” was written by Julia A. Wolfson and Sara N. Bleich. The study was supported by the National Heart, Lung, and Blood Institute (grant number 1K01HL096409).