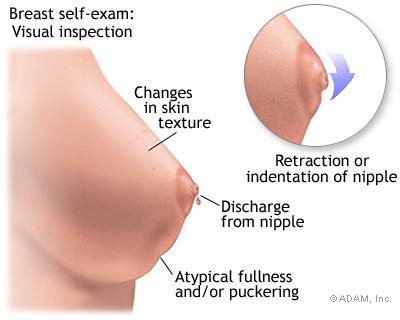 Women who eat a lot of fat, particularly saturated fat, may be at higher risk of certain types of breast cancer, new research suggests.

Past studies have come to differing conclusions on a possible association between dietary fat and breast cancer. Whether the two are even linked at all remains controversial.

The new report, a second analysis of a large, long-term study, suggests that fat may play a role in the development of certain forms of the disease but not others, the authors said.

Still, it cannot prove that a high-fat diet is the reason any of the women got cancer.

“In our study we confirm that saturated fat intake was positively associated with breast cancer risk,” lead author Sabina Sieri, from the Fondazione IRCCS National Cancer Institute in Milan, Italy, told Reuters Health in an email.

“Saturated fatty acids intake should be as low as possible within the context of a nutritionally adequate diet.”

Saturated fat in the diet most often comes from meat and other animal products like butter and cheese.

The research team’s findings are based on a study of about 337,000 women from 10 European countries. They filled out questionnaires about their diet and lifestyle and were followed for an average of 11 to 12 years.

During that time, about 10,000 of the women were diagnosed with breast cancer.

The original study found that women who ate the most saturated fat were more likely to develop breast cancer than those who ate the least.

For the new analysis, the researchers used patient medical records to classify breast cancers into specific subtypes, for instance based on whether the tumor may respond to the hormones estrogen and progesterone.

They found that women with diets high in saturated fat were 28 percent more likely to develop tumors that had receptors for estrogen and progesterone than women with the lowest saturated fat in their diets. The pattern was similar for total fat intake.

However, the chance of developing breast tumors without receptors for those hormones was not linked to dietary fat, according to the findings published in the Journal of the National Cancer Institute.

The researchers said it’s possible dietary fat increases the level of sex hormones in the body. That could explain why high-fat diets are tied to a greater risk of tumors whose growth is related to estrogen and progesterone, known as hormone-receptor-positive cancers. Those cancers make up the majority of breast cancer diagnoses.

Sieri and colleagues found that high levels of saturated fat were also linked to a greater risk of HER2 negative breast cancer, but not HER2 positive disease. HER2 stands for human epidermal growth factor receptor 2 and is one factor used to determine how fast a cancer is growing.

What’s more, he added, “These patients were not randomly assigned to follow one diet or another.”

That means other differences between women who ate high- and low-fat diets may have factored into their cancer risk.

Still, Hudis said, the findings are consistent with recent research looking at specific types of breast cancer and make sense based on what is known about the biological effects of dietary fat.

Dr. Michelle Holmes, who has studied diet and breast cancer at Harvard Medical School and the Harvard School of Public Health in Boston, said that in the grand scheme of things, any possible link between fat and breast cancer still seems to be small.

“In my opinion, the bottom line is that if the association with fat and breast cancer exists, it’s fairly small (and) it’s probably limited to certain subtypes,” Holmes told Reuters Health.

Even though the new study included a “huge” number of women, she said, “the answer doesn’t leap out at you.”

Hudis and Holmes, who were not involved in the new research, agreed there’s no reason women shouldn’t still cut back on saturated fat.

“The associations with dietary fat are much stronger for heart disease, which still kills more women than breast cancer in the United States.”