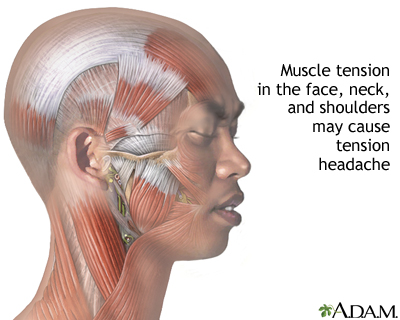 Headache is common among patients with system lupus erythematosus according to new research published in Arthritis & Rheumatism, a journal of the American College of Rheumatology (ACR). The study found that 18% of lupus patients experienced headache at the onset of their disease with that number increasing to 58% after 10 years. While headaches were linked to a lower health-related quality of life, these episodes resolved over time independent of treatment specific to lupus and were not associated with disease activity or specific lupus autoantibodies.

Lupus is a systemic autoimmune disease where the immune system is overactive, attacking healthy joints and organs of the body including the nervous system. Studies suggest that up to 38% of neurological and psychiatric events in lupus patients are a result of the disease. However, the association between headache disorders and lupus is debatable, with prior research reporting prevalence rates that range from 24% to 72%.

Lead author, Dr. John Hanly from Dalhousie University and the Queen Elizabeth II Health Sciences Centre, Halifax, Nova Scotia Canada explains, “There is conflicting evidence that links headache, including migraine, and lupus disease activity. Much of the discrepancy in previous studies may be due the lack of uniform definition of headache, which is a common occurrence in the general population, especially among women.”

The present study received core funding from the Canadian Institutes of Health Research (CIHR), and was performed by the Systemic Lupus International Collaborating Clinics (SLICC), a research network of 30 international medical centers.

Dr. Hanly and colleagues recruited 1732 lupus patients between October 1999 and September 2011. Study subjects were assessed annually for headache and other neuropsychiatric events. The mean age of participants was roughly 35 years, with 89% of participants being female and 48% were Caucasian.

Findings indicate that at the commencement of the study nearly 18% of participants had headache - 61% with migraine, 37% tension, 7% intractable non-specific, 3% cluster and 1% intracranial hypertension. After 10 years researchers found that the proportion of patients who ever reported a headache increased to 58% , with only 2% of subjects reporting a “lupus headache” that is described by the Systemic Lupus Erythematosus Disease Activity Index 2000 (SLEDAI) as a “severe, persistent headache: which may be migrainous, but unresponsive to narcotic analgesia.”

Researchers found no association between headache and specific lupus autoantibodies or lupus medications such as steroids, antimalarials, and immunosuppressives. “While lupus patients with headaches reported lower quality of life, the majority of cases resolved on their own without lupus-specific therapies,” concludes Dr. Hanly.

Intractable headaches, the so-called ‘lupus headaches’, have been long thought of as a common and characteristic manifestation of systemic lupus erythematosus (SLE). Seventy-eight patients with SLE, including 10 patients with definite central nervous system (CNS) involvement, and 89 healthy individuals matched for age, sex and socioeconomic status, were studied by a specific questionnaire addressing the characteristics and type of headache. Clinical features of SLE, neurological manifestations and treatment, disease severity and autoantibody profiles were correlated to the presence of headache. One year prevalence of headache was similar between patients (32%) and otherwise healthy individuals (30%). No significant differences regarding frequency, family history of headache and need for analgesic medication were observed. Headache refractory to analgesic treatment, but responsive to corticosteroid regimen, was recorded in only one patient. Clinical and serological features of SLE, including Raynaud’s phenomenon and the presence of anticardiolipin antibodies, were not significantly different between headache sufferers and non-sufferers. In the majority of patients reporting headache, anxiety and/or depression co-existed. Episodic tension headache was the most frequent type, while migraine was traced in a quarter of headache sufferers. Neither the presence nor the clinical type of headache was related to, or predictive of, the development of seizures or psychosis. These results indicate that headache is not specifically related to SLE expression or severity, and suggest that accepting the presence even of a severe headache as a neurological manifestation of SLE in the absence of seizures or overt psychosis may result in overestimation of the disease status.

In a related editorial, Dr. Michael Lockshin, with Weill Cornell Medical College and Hospital for Special Surgery in New York, agrees, “Hanly et al. strongly suggest that lupus headache is not a sign of disease activity, but may be linked to other neurological manifestations. The current headache SLEDAI criterion no longer seems to be useful and should be discarded as a method for evaluating lupus flares.”

This study is published in Arthritis & Rheumatism. Media wishing to receive a PDF of this article may contact .(JavaScript must be enabled to view this email address).

There is no doubt that a variety of neurological conditions (including so-called lupus headache) occur in people with systemic lupus erythematosus (SLE). It has been generally accepted for many years that there is an association between primary headaches (headaches that are not a symptom of disease) and SLE.

Nevertheless there is great controversy regarding the concept of “lupus headache” and whether it exists at all.

There is little doubt that many patients with lupus have headaches so why the controversy and does it actually matter?

The concept of “lupus headache” is important because if there is such an association, then headaches could be an early symptom of brain involvement in SLE and could therefore be a good reason to perform more tests such as an MRI of the brain or a lumbar puncture.

Headaches, including severe debilitating migraines, are very prevalent in the general population. This means that when a patient with migraines develops lupus or vice versa it does not necessarily mean the 2 conditions are related.

The issue (as always with medicine and science in general) can only be solved by statistics. If migraines are significantly more common in patients with SLE than in those without SLE, then this would support the view that migraines and lupus are related and that there is value in the concept of “lupus headache”. However, if headaches are no more common in people with SLE than anyone else it, this suggests that “lupus headache” does not exist and lupus is no more likely to be related to headaches than is brown hair, ingrowing toe-nails or a name beginning with the letter “M”.

Arthritis & Rheumatism is an official journal of the American College of Rheumatology (ACR) and covers all aspects of inflammatory disease. The American College of Rheumatology is the professional organization whose members share a dedication to healing, preventing disability, and curing the more than 100 types of arthritis and related disabling and sometimes fatal disorders of the joints, muscles, and bones. Members include practicing physicians, research scientists, nurses, physical and occupational therapists, psychologists, and social workers. The journal is published by Wiley on behalf of the ACR.