By knocking down the expression of a protein in rat brains known to stimulate eating, Johns Hopkins researchers say they not only reduced the animals’ calorie intake and weight, but also transformed their fat into a type that burns off more energy. The finding could lead to better obesity treatments for humans, the scientists report.

“If we could get the human body to turn ‘bad fat’ into ‘good fat’ that burns calories instead of storing them, we could add a serious new tool to tackle the obesity epidemic in the United States,” says study leader Sheng Bi, M.D., an associate professor of psychiatry and behavioral sciences at the Johns Hopkins University School of Medicine.

More than two-thirds of adults in the United States are overweight, and more than one-third are obese, according to government estimates.

The Johns Hopkins study, published in the journal Cell Metabolism, looks at two types of fat made by the body: white and brown adipose tissue. White fat is the typical fat that ends up around your middle and other places, and is the storehouse for the extra calories we eat. White fat cells have a single large droplet of lipid, one of fat’s building blocks, such as cholesterol and triglycerides.

Cells in brown fat, considered a “good fat” for its energy-burning qualities, contain many little droplets of lipid, each with its own power source, which enables heat generation. Babies have ample stores of brown fat at birth as a defense against the cold, but it mostly disappears, as adults have very little of this calorie-burning tissue. 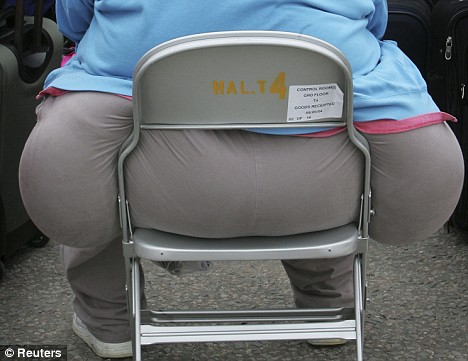 Bi and his colleagues designed an experiment to see if suppressing the appetite-stimulating neuropeptide Y (NPY) protein in the dorsomedial hypothalamus of the brain would decrease body fat in rats. Located just above the brain stem, the hypothalamus helps regulate thirst, hunger, body temperature, water balance and blood pressure.

For five weeks, two groups of rats were fed a regular diet, with one group also treated with a virus to inhibit NPY expression and the other left as a control group. At the end of five weeks, the treated group weighed less than the control group, demonstrating that suppression of NPY reduced eating. 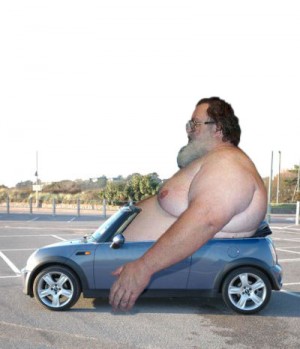 Bi says the results “made sense,” given that NPY has been shown to stimulate eating. The less NPY, the less the rats would eat, his team hypothesized. What was a surprise, however, was what they found after they checked the fat content of rats after death. In the groin area of the NPY rats, researchers discovered not the expected white fat found in adult rats, but the telltale signs of brown fat in its place. They confirmed this change by looking at levels of mitochondrial uncoupling protein-1, or UCP-1, through which brown fat burns to produce heat. They used this protein as a marker to determine that the fat that should have been white was instead brown.

Bi says it may be possible to transplant or inject brown fat stem cells under the skin to burn white fat and stimulate weight loss. “Only future research will tell us if that is possible,” he says.

The study was funded by the U.S. National Institute of Diabetes and Digestive and Kidney Diseases. Along with Bi, other Johns Hopkins researchers involved in the study include Pei-Ting Chao, Timothy H. Moran, Ph.D., and Susan Aja, Ph.D. Liang Yang, Ph.D., formerly of Johns Hopkins and now at the Massachusetts Institute of Technology, also contributed.