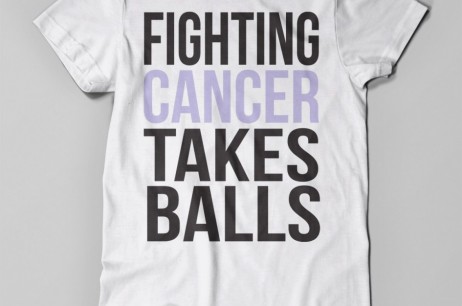 Calorie restriction, a kind of dieting in which food intake is decreased by a certain percentage, has been touted as way to help people live longer. New research suggests that there may be other benefits, including improving outcomes for women in breast cancer. According to a study published May 26th in Breast Cancer Research and Treatment, the triple negative subtype of breast cancer - one of the most aggressive forms - is less likely to spread, or metastasize, to new sites in the body when mice were fed a restricted diet.

“The diet turned on a epigenetic program that protected mice from metastatic disease,” says senior author Nicole Simone, M.D., an associate professor in the department of Radiation Oncology at Thomas Jefferson University. Indeed, when mouse models of triple negative cancer were fed 30 percent less than what they ate when given free access to food, the cancer cells decreased their production of microRNAs 17 and 20 (miR 17/20). Researchers have found that this group of miRs is often increased in triple negative cancers that metastasize.

Breast cancer patients are often treated with hormonal therapy to block tumor growth, and steroids to counteract the side effects of chemotherapy. However, both treatments can cause a patient to have altered metabolism which can lead to weight gain. In fact, women gain an average of 10 pounds in their first year of treatment. Recent studies have shown that too much weight makes standard treatments for breast cancer less effective, and those who gain weight during treatment have worse cancer outcomes. “That’s why it’s important to look at metabolism when treating women with cancer,” says Dr. Simone.

In earlier studies, Dr. Simone and colleagues had shown that calorie restriction boosted the tumor-killing effects of radiation therapy. This study aimed to examine which molecular pathways were involved in this cooperative effect.

The investigators noticed that microRNAs – a type of RNA that regulates other genes in the cell – specifically miR 17 and 20, decreased the most when mice were treated with both radiation and calorie restriction. This decrease in turn increased the production of proteins involved in maintaining the extracellular matrix. “Calorie restriction promotes epigenetic changes in the breast tissue that keep the extracellular matrix strong,” says Dr. Simone. “A strong matrix creates a sort of cage around the tumor, making it more difficult for cancer cells to escape and spread to new sites in the body.”

Understanding the link to miR 17 also gives researchers a molecular target for diagnosing cancers that are more likely to metastasize and, potentially, for developing a new drug to treat the cancers. In theory, a drug that decreased miR 17 could have the same effect on the extracellular matrix as calorie restriction. However, targeting a single molecular pathway, such as the miR17 is unlikely to be as effective as calorie restriction, says Dr. Simone. Triple negative breast cancers tend to be quite different genetically from patient to patient. If calorie restriction is as effective in women as it is in animal models, then it would likely change the expression patterns of a large set of genes, hitting multiple targets at once without toxicity.

In order to test that this hypothesis is true in humans, Dr. Simone is currently enrolling patients in the CaReFOR (Calorie Restriction for Oncology Research) trial. As the first trial like it in the country, women undergoing radiation therapy for breast cancer receive nutritional counseling and are guided through their weight loss plan as they undergo their treatment for breast cancer.

The authors declare no conflicts of interest.

For more information, please contact Edyta Zielinska, .(JavaScript must be enabled to view this email address), 215-955-5291