They hope the findings in 171 overweight 7- to 11-year-olds – all sedentary when the study started - gives educators the evidence they need to ensure that regular, vigorous physical activity is a part of every school day, said Dr. Catherine Davis, clinical health psychologist at GHSU’s Georgia Prevention Institute and corresponding author on the study in Health Psychology

“I hope these findings will help reestablish physical activity’s important place in the schools in helping kids stay physically well and mentally sharp,” Davis said. “For children to reach their potential, they need to be active.”

To measure cognition, researchers used the Cognitive Assessment System and Woodcock-Johnson Tests of Achievement III that measure abilities such as planning and academic skills such as math and reading. A subset of the children received functional magnetic resonance imaging highlighting increased or decreased areas of brain activity.

MRIs showed those who exercised experienced increased brain activity in the prefrontal cortex – an area associated with complex thinking, decision making and correct social behavior - and decreased activity in an area of the brain that sits behind it. The shift forward appears consistent with more rapidly developing cognitive skills, Davis said. 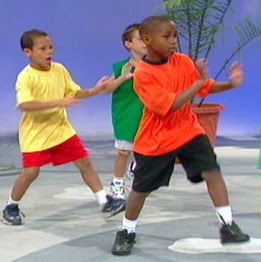 Activity in the part of their brain responsible for so-called executive function also increased in children who exercised. “In kids you just don’t know what impact you are going to have when you improve their ability to control their attention, to behave better in school, to make better choices,” Davis notes. “Maybe they will be more likely to stay in school and out of trouble.”

Similar improvements were seen in math skills; interestingly, no improvements were found in reading skill. Researchers note that improved math achievement was “remarkable” since no math lessons were given and suggests longer intervention could produce even better results.

Children in the exercise program played hard, with running games, hula hoops and jump ropes, raising their heart rates to 79 percent of maximum, which is considered vigorous.

Cognitive improvements likely resulted from the brain stimulation that came from movement rather than resulting cardiovascular improvements, such as increased blood and oxygen supplies, Davis said. “You cannot move your body without your brain.”

The researchers hypothesize that such vigorous physical activity promotes development of brain systems that underlie cognition and behavior. Animal studies have shown that aerobic activity increases growth factors so the brain gets more blood vessels, more neurons and more connections between neurons. Studies in older adults have shown exercise benefits the brain and Davis’s study extends the science to children and their ability to learn in school.

About one-third of U.S. children are overweight. Davis suspects exercise would have a similar impact on their leaner counterparts.

Contact: Toni Baker
.(JavaScript must be enabled to view this email address)
706-721-4421
Medical College of Georgia