In a world first, new Australian medical research has given pregnant women with epilepsy new hope of reducing their chance of having a baby with physical birth defects.

According to research published in the September 2013 issue of Neurology®, the medical journal of the American Academy of Neurology, epilepsy experts at The Royal Melbourne Hospital have discovered a link between high doses of common epilepsy drug valproate and the increased risk of having a baby with spina bifida or hypospadias.

Royal Melbourne Hospital epilepsy specialist and Head of the Department of Medicine at The University of Melbourne, Professor Terry O’Brien, said there was increasing concern among clinicians, patients and their families about the risk to the developing fetus of mothers taking valproate.

“For many women on epilepsy medication, the desire to start a family can be fraught with fear that they could have a baby with a range of disabilities or malformations,” Professor O’Brien said.

“Previous studies have shown a strong relationship between the dose of valproate taken and the risk of the child having a birth defect. However, for many women valproate is the only drug that will help control their seizures.

“Through our research, we now know that by reducing the dose taken in the first trimester of pregnancy, the risk of having a baby with spina bifida or hypospadias will be greatly reduced.”

Professor O’Brien added other birth defects such as cleft palates and heart defects were still common irrespective of the drug dosage given to pregnant women.

The research data was extracted from the Australian Pregnancy Register (APR), based at The Royal Melbourne Hospital.

The APR has the data of more than 1700 women with epilepsy who have been or are currently pregnant, and is the world’s most comprehensive pregnancy epilepsy database. Since its inception in 1999, the APR has gathered data that has been used to change epilepsy prescribing practices worldwide. 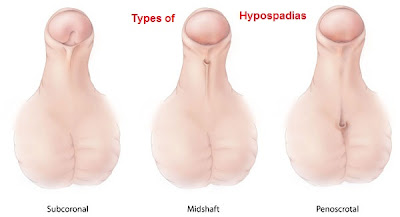 Founder of the APR and RMH Epilepsy specialist, Professor Frank Vajda AM, said the findings were statistically significant to make a real difference to the lives of women with epilepsy and their families.

“We always knew that epilepsy drugs were responsible for the high level of fetal malformations but we never knew how much dosage played a role until recently,” Professor Vajda said.

“The present findings for spina bifida are clinically significant, as 80 per cent of all instances of spina bifida in the APR were associated with valproate exposure.

“However, since the collection of data for the APR started, we have noted that valproate was being taken less often by pregnant women and in lower dosages.

“This evidence now tells us that by using valproate in the lowest dose that can control severe seizures may reduce the hazard of one of the most devastating birth defects.”

Melea Tarabay
.(JavaScript must be enabled to view this email address)
61-393-427-469
Melbourne Health