Fibromyalgia is almost impossible to diagnose. The chronic pain syndrome strikes an estimated 1 in 70 Americans, most of them women. The disorder is often triggered by head trauma, a neurological infection, or severe emotional stress, and is characterized by symptoms such as musculoskeletal pain, fatigue, memory loss and mood swings. Fibromyalgia is often mistaken for other culprits and most patients suffer months, even years, of unrelenting pain before being properly diagnosed. And once diagnosed, patients enjoy little respite because few therapies have been found to be effective in assuaging its symptoms.

A new study published in PLoS ONE by Tel Aviv University researchers may turn the tide. The research found that women with fibromyalgia were able to drastically reduce, or even eliminate, their use of pain medication following hyperbaric oxygen treatment. The study was led by the late Prof. Eshel Ben-Jacob of TAU’s School of Physics and Astronomy and Rice University’s Center for Theoretical Biological Physics, Dr. Shai Efrati of TAU’s Sagol School of Neuroscience and Assaf Harofeh Medical Center, and Prof. Dan Buskila from Soroka Medical Center, and was conducted by a team of scientists from TAU, Rice University, Assaf Harofeh Medical Center, Ben-Gurion University, and Tel Aviv Sourasky Medical Center.

The TAU researchers believe they have also identified the primary factor causing fibromyalgia: the disruption of the brain mechanism for processing pain. “As a physician, the most important finding for me is that 70 percent of the patients could recover from their fibromyalgia symptoms,” said Dr. Efrati. “The most exciting finding for the world of research, however, is that we were able to map the malfunctioning brain regions responsible for the syndrome.”

The clinical trial, which exposed participants to two months of hyberbaric oxygen therapy, found significant changes in the brain activity and symptoms of 70 percent of participants. The trial involved 60 women who had been diagnosed with fibromyalgia at least two years earlier. Half of the 48 patients who completed the therapy received 40 hyperbaric oxygen treatments - 90-minute treatments exposing patients to pure oxygen at twice the atmospheric pressure, five days a week over the course of two months. 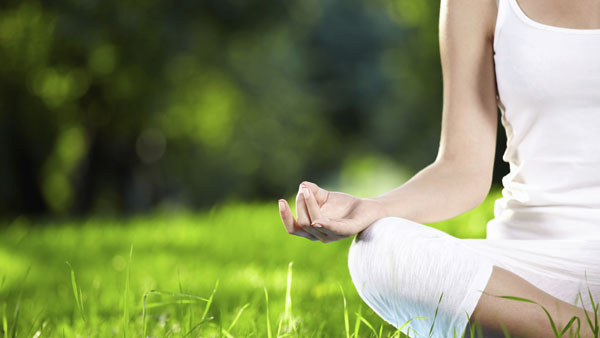 The successful treatment enabled patients to drastically reduce or even eliminate their use of pain medications. “The intake of the drugs eased the pain but did not reverse the condition. But hyperbaric oxygen treatments did reverse the condition,” said Dr. Efrati, who added that the findings warrant further study.

Getting to the root of the problem

“The results are of significant importance,” Dr. Efrati said. “Hyperbaric oxygen treatments are designed to address the actual cause of fibromyalgia - the brain pathology responsible for the syndrome. It means that brain repair, including neuronal regeneration, is possible even for chronic, long-lasting pain syndromes, and we can and should aim for that in any future treatment development.”

The researchers did find some discrepancies among patients with different fibromyalgia catalysts. When fibromyalgia was triggered by a traumatic brain injury, for example, they witnessed a complete resolution without any need for further treatment. But when the trigger was attributed to other causes, such as fever-related diseases, patients required periodic maintenance therapy.

The researchers are continuing to conduct comprehensive studies on the renewal of brain tissue under hyperbaric conditions.

American Friends of Tel Aviv University supports Israel’s most influential, most comprehensive, and most sought-after center of higher learning, Tel Aviv University (TAU). US News & World Report’s Best Global Universities Rankings rate TAU as #148 in the world, and the Times Higher Education World University Rankings rank TAU Israel’s top university. It is one of a handful of elite international universities rated as the best producers of successful startups, and TAU alumni rank #9 in the world for the amount of venture capital they attract.

A leader in the pan-disciplinary approach to education, TAU is internationally recognized for the scope and groundbreaking nature of its research and scholarship—attracting world-class faculty and consistently producing cutting-edge work with profound implications for the future.