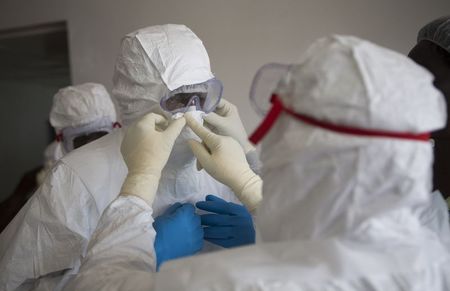 Texas tort-reform measures have made it one of the hardest places in the United States to sue over medical errors, especially those that occurred in the emergency room, according to plaintiffs’ lawyers and legal experts.

“It’s one of the highest legal burdens of any state in the country,” said Joanne Doroshow, executive director of New York Law School’s Center for Justice and Democracy, who studies U.S. tort law.

Although it appears no lawsuits have been filed in connection with the case, possible legal claims could be brought by Ebola patient Thomas Eric Duncan or his family, anyone he may have exposed to the disease, or hospital workers put at risk.

Duncan, now in critical condition, first visited Texas Health Presbyterian Hospital’s emergency room late at night on Sept. 25. Duncan told a nurse he had just returned from Liberia, where the disease is raging, but he was sent home with antibiotics. On Sunday, Sept. 28, he was admitted after his symptoms became worse, becoming the first patient to be diagnosed with Ebola in the United States.

Texas Governor Rick Perry on Monday said that there had been “mistakes” handling the Ebola diagnosis, the latest in a series of officials and health experts questioning the initial response.

The hospital on Friday said Duncan’s travel history was “documented and available to the full care team,” correcting its earlier statement that staff were not made aware of his recent travel to West Africa.

A spokeswoman for the hospital, Candace White, did not immediately return a request for comment.

Failure to properly diagnose a disease is a common basis for malpractice lawsuits, but each state has its own standards.

To bring a civil claim in Texas over an emergency-room error, including malpractice, plaintiffs have to show staff acted in a way that was “willfully and wantonly negligent,” meaning that the staff had to have consciously put Duncan or others at extreme risk by releasing him, rather just having made a mistake.

Still, alarm bells about Ebola had been ringing in the media and among public health officials for several weeks before Duncan’s diagnosis. In August, the U.S. Centers for Disease Control and Prevention issued guidelines for healthcare practitioners to identify signs of Ebola and warned them to be particularly vigilant about anyone who had traveled recently to West Africa.

And it is possible that a communications breakdown at the hospital may have delayed the diagnosis, putting more members of the public at risk and creating a plausible claim for negligence, said Dallas plaintiffs’ attorney Les Weisbrod.

“In my opinion, it would be willful, or wanton, or conscious disregard to let somebody go like this,” Weisbrod said.

Most states use a more lenient negligence standard for emergency-room malpractice, according to lawyers and legal experts. Charles Silver, a professor at the University of Texas School of Law, co-authored a study in 2012 that showed the claim rate for malpractice in Texas had fallen an estimated 60 percent since 2003, when the tort reform began.

Texas also caps non-economic damages - which compensate for subjective injuries like pain and suffering and emotional distress, rather than past and future medical costs - at $750,000. As a result of those and other tort-reform measures, medical malpractice lawsuits in Texas have “dried up to the point of disappearing,” Silver said.

U.S. health officials have identified 10 people who had definite contact with the patient, including family members and health workers, and are monitoring 38 additional people who may have been exposed.

Should any of those individuals develop Ebola, the same “willful and wanton” standard would likely apply to a lawsuit they could bring against the hospital, lawyers and legal experts said. They would also face the additional hurdle of showing the hospital had a legal duty to them despite not being treated there.