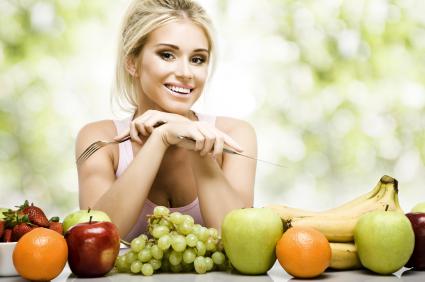 Eating fewer than five servings of fruit and vegetables each day is linked with a higher chance of dying early, according to a large study from Sweden.

People who said they never ate fruit and vegetables died an average of three years sooner than those who ate plenty of apples, carrots and tomatoes, researchers found.

Many public health organizations worldwide recommend eating five servings of fruit and vegetables a day, but previous studies have been inconclusive on whether meeting that guideline helps improve health and by how much, researchers said.

The new study, published in the American Journal of Clinical Nutrition, shows the five-a-day recommendations are optimal, said Alicja Wolk, who worked on the research at the Karolinska Institute in Stockholm.

Her team did not find any improvement in survival for people who ate more than five servings of fruit and vegetables each day, compared to those who just met the guideline.

Participants were surveyed about their diets in 1997 and 1998 and reported how often they ate fruit - including oranges, apples, bananas and berries - and vegetables, such as carrots, beets, lettuce, cabbage, tomatoes and pea soup.

Wolk’s team found that people who had reported eating no fruit or vegetables at the start of the study were 53 percent more likely to die during the follow-up period than those who got their five daily servings.

Most diet discussions consider them as a combined group, she told Reuters Health. “But when I speak to lay people I actually say, ‘Eat vegetables more than fruit, but eat both.’”

Women in the study tended to eat more fruit and vegetables than men.

People who said they ate fewer fruits and vegetables were more likely to smoke and tended to be less educated and eat more red meat, high-fat dairy products, sweets and snacks. On the other hand, those who ate a lot of fruit and vegetables tended to take in more calories per day overall than those who did not, Wolk noted.

The study cannot prove that eating fruits and vegetables lengthened lifespans, and there could have been other differences between those who ate produce and those who didn’t.

But when the researchers accounted for gender, smoking, exercise, alcohol consumption and body weight, the overall results did not change.

Few very large studies have looked at the effect of eating fruit and vegetables on a person’s chance of dying early, according to the study authors.

Those that have showed contradictory results, said Kelly L. Pritchett, a registered dietician from Central Washington University in Ellensburg and a spokesperson for the Academy of Nutrition and Dietetics. Larger studies have suggested there is no clear benefit, but “smaller studies found a stronger decrease in mortality risk,” she said.

This study “falls right in line with the recommendations,” Pritchett, who wasn’t involved in the new research, told Reuters Health.

Still, one weakness of the study, the Karolinska researchers noted, is that diet information was reported by the participants - rather than measured independently - and people may not always report what they eat accurately.

Fruit and vegetable consumption and all-cause mortality: a dose-response analysis

<5 servings/d is associated with progressively shorter survival and higher mortality rates. The Swedish Mammography Cohort and the Cohort of Swedish Men were registered at clinicaltrials.gov as NCT01127698 and NCT01127711, respectively.