Children with frequent infections in the first 18 months of life have a slightly increased risk of later developing coeliac disease compared with children who have few infections. This is the conclusion from a study by the Norwegian Institute of Public Health.

The researchers studied the relationship between infection frequency during the first 18 months of life and the risk of coeliac disease later in childhood. 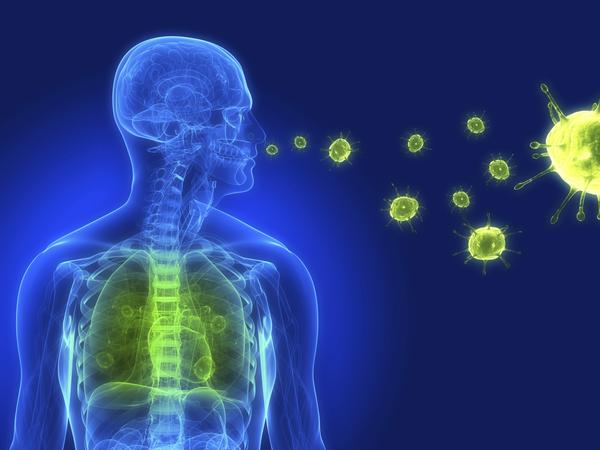 In the current study 72,921 children born in 2000-2009 in Norway were followed with repeated questionnaires with information on respiratory infections and gastroenteritis during the first 18 months of life. Children who later developed coeliac disease were identified through parental questionnaires and the Norwegian Patient Register.

The results show that:

Children with ten or more infections during their first 18 months had an approximately 30 per cent increased relative risk of subsequent coeliac disease compared with children with fewer than five infections.

Can infections alter the immune system?

The study supports the hypothesis that infections may affect the risk for coeliac disease and the results may provide an etiological clue for what triggers the disease. Previous studies have suggested that infections, either through a direct effect on the intestine or through changes in the immune system, may increase the risk of coeliac disease.

“We think there are many pieces to the puzzle that must fit together for someone to develop coeliac disease, where heredity, gluten intake and possibly many other environmental factors are important. This study provides better understanding to people with the disease and their practitioners on one significant aspect of the likely multi-factorial coeliac disease etiology. Perhaps having frequent infections in early life influences the immune system so that it is subsequently more likely to react to gluten,” says Dr Karl Mårild at the Norwegian Institute of Public Health. Mårild is the first author of the study.

Meanwhile, the researchers say that they found a slightly increased relative risk for coeliac disease in children with the highest infection rate these results do not imply that the clinical follow-up of these children should be changed. Furthermore, the study only includes children and it is unknown whether the relationship between infection and coeliac disease is also found among adults.

Another important limitation is that the researchers were only able to study children with a diagnosed coeliac disease, and could not screen the participants for undetected coeliac disease. “Therefore, we cannot rule out that the association found may somewhat have been influenced by increased health care surveillance, including diagnostic work-up for coeliac disease , among the children with high infection frequency,” says Mårild.

The conclusion of the study is that infection frequency in early life seems to be associated with coeliac disease among children and that the association does not seem to be restricted to inpatient infectious diseases. Some previous studies, but not all, have shown an association between childhood infections and subsequent coeliac disease.

“Our study provides new knowledge because it is far larger than previous studies in this field and has more detailed information from registries and questionnaires on possible confounding factors. The study is also prospective, which means that the infections were reported before diagnosis of coeliac disease. Prospectively collected information on infections should yield more reliable data than to retrospectively ask about infection rate among those who have been diagnosed and then compare that with children without coeliac disease,” says Mårild.

The study may be important in a prevention perspective because increased knowledge on environmental factors that influence coeliac disease may contribute to a better understanding of how the disease begins and may in the long term provide the opportunity for preventive measures.

More about the study
The study is part of the Norwegian Mother and Child Cohort Study (MoBa), within the PAGE project (Prediction of Autoimmune Diabetes and Coeliac Disease in Childhood by Genes and Perinatal Environment).

Data from the Medical Birth Register of Norway and parental questionnaires were used to adjust for possible confounding factors, such as duration of breastfeeding.

Julie Johansen
.(JavaScript must be enabled to view this email address)