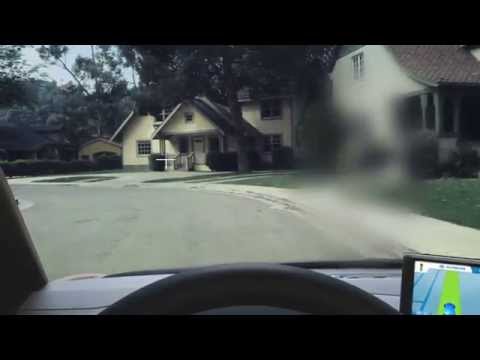 Some people with glaucoma-related binocular (both eyes) vision loss can pass a standard driving test by adopting increased visual scanning behavior, reports a study in the October issue of Optometry and Vision Science, official journal of the American Academy of Optometry. The journal is published by Wolters Kluwer.

Increased scanning—particularly more frequent head and eye movements - was a key strategy to compensate for visual impairment due to glaucoma, reports the study by Enkelejda Kasneci, PhD, of University of Tübingen, Germany, and colleagues. “Like most people, many glaucoma patients with binocular peripheral visual field loss can make useful adaptations for their condition,” comments Anthony Adams, OD, PhD, Editor-in-Chief of Optometry and Vision Science.

Drivers with Glaucoma Adapt by Moving Their Eyes and Head

Eight subjects with normal vision were studied for comparison. In both groups, sophisticated measures of the subjects’ eye- and head-tracking movements were obtained and compared with performance on the driving simulation. Three of the six glaucoma patients passed the driving test, with performance indistinguishable from that in subjects with normal vision. Compared to patients who failed, passing drivers showed “increased visual exploration”- they made more head movements and more eye movements.

The successful drivers changed fixation (where they looked) more often, and had shorter fixation times than those who failed the driving test. “Such behavior indicates an increased scanning activity in glaucoma patients who passed,” Dr. Kasneci and coauthors write.

The pilot study was limited by the small number of patients - reflecting the complexity and cost of testing in the virtual reality simulator. Although vision loss varied, all of the glaucoma patients would be ineligible for a driver’s license in many European countries because of their binocular visual field defects. In other countries, and in some US states, patients with binocular visual field loss can be granted a driver’s license after passing an on-road test.

The results add new evidence on the “compensatory gaze strategies” that some patients adopt to help them drive safely despite binocular vision loss. Dr. Adams adds, “For these patients, their successful adaptations appeared to involve making increased numbers of head and eye movements to the location of objects in what would normally be their peripheral vision.”

About Optometry and Vision Science

Optometry and Vision Science, official journal of the American Academy of Optometry, is the most authoritative source for current developments in optometry, physiological optics, and vision science. This frequently cited monthly scientific journal has served primary eye care practitioners for more than 75 years, promoting vital interdisciplinary exchange among optometrists and vision scientists worldwide.

About the American Academy of Optometry

Founded in 1922, the American Academy of Optometry is committed to promoting the art and science of vision care through lifelong learning. All members of the Academy are dedicated to the highest standards of optometric practice through clinical care, education or research.

Wolters Kluwer is a global leader in professional information services. Professionals in the areas of legal, business, tax, accounting, finance, audit, risk, compliance and healthcare rely on Wolters Kluwer’s market leading information-enabled tools and software solutions to manage their business efficiently, deliver results to their clients, and succeed in an ever more dynamic world.