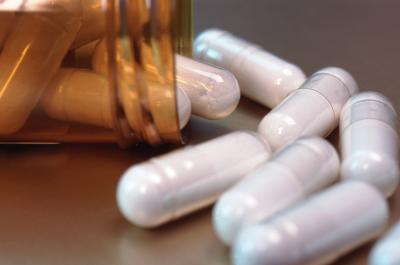 A team of scientists at the Wyss Institute for Biologically Inspired Engineering at Harvard University has discovered why long-term treatment with many common antibiotics can cause harmful side effects - and they have uncovered two easy strategies that could help prevent these dangerous responses. They reported the results in the July 3rd issue of Science Translational Medicine.

“Clinical levels of antibiotics can cause oxidative stress that can lead to damage to DNA, proteins and lipids in human cells, but this effect can be alleviated by antioxidants,” said Jim Collins, Ph.D., who led the study. Collins, a pioneer of synthetic biology and Core Faculty member at the Wyss Institute, is also the William F. Warren Distinguished Professor at Boston University, where he leads the Center of Synthetic Biology.

Doctors often prescribe antibiotics freely, thinking that they harm bacteria while leaving human tissue unscathed. But over the years reports have piled up about the occasional side effects of various antibiotics, including tendonitis, inner-ear problems and hearing loss, diarrhea, impaired kidney function, and other problems.

Collins suspected these side effects occurred when antibiotics triggered oxidative stress - a condition in which cells produce chemically reactive oxygen molecules that damage the bacteria’s DNA and enzymes, as well as the membrane that encloses the cell.

Side effects of antibiotics

The most common side effects of antibiotics affect the digestive system. These occur in around 1 in 10 people.

Side effects of antibiotics that affect the digestive system include:

These side effects are usually mild and should pass once you finish your course of treatment.

If you experience any additional side effects other than those listed above you should contact your GP or the doctor in charge of your care for advice.  Your doctor may be able to leverage a drug testing lab to test potential reactions to different mecidations and help inform future prescriptions.

Sameer Kalghatgi, Ph.D., a former postdoctoral fellow in Collins’ laboratory who is now Senior Plasma Scientist at EP Technologies in Akron, Ohio, and Catherine S. Spina, a M.D./Ph.D. candidate at Boston University and researcher at the Wyss Institute, first tested whether clinical levels of three antibiotics - ciprofloxacin, ampicillin, kanamycin - each cause oxidative stress in cultured human cells. They found that all of these drugs were safe after six hours of treatment, but longer-term treatment of about four days caused the mitochondria to malfunction.

Kalghatgi and Spina then did a series of biochemical tests, which showed that the same three antibiotics damaged the DNA, proteins and lipids of cultured human cells - exactly what one would expect from oxidative stress.

The team also treated mice with the same three antibiotics in mouse-sized doses similar to what patients receive in the clinic. Long-term treatment with each of the three antibiotics damaged the animal’s lipids and caused levels of glutathione, one of the body’s natural antioxidants, to fall - another sign of oxidative stress.

To make a difference in the clinic, however, the scientists still needed a way to prevent antibiotic-induced oxidative stress - or a way to remediate it as it was occurring. They found both. They were able to prevent oxidative stress by using a bacteriostatic antibiotic - an antibiotic such as tetracycline that stops bacteria from multiplying but doesn’t kill them. They could also ease oxidative stress by mopping up chemically reactive oxygen molecules with an FDA-approved antioxidant called N-acetylcysteine, or NAC, that’s already used to help treat children with cystic fibrosis.

The new results come on the heels of two other recent breakthroughs on antibiotic treatment from Collins’ group – a report in Nature showing that viruses in the gut that infect bacteria harbor genes that confer antibiotic resistance, and another report in Science Translational Medicine showing that silver can boost the effectiveness of many widely used antibiotics.

“Jim and his team are moving at lightning speed toward unlocking the medical mysteries that stand in the way of safe and effective antibiotic treatment,” said Don Ingber, M.D., Ph.D., Wyss Institute Founding Director. “Doctors have known for years that antibiotics occasionally cause serious side effects, and Jim’s new findings offer not one but two exciting new strategies that could address this long-neglected public health problem.”

Tetracyclines and sensitivity to light

Tetracyclines can make your skin sensitive to sunlight as well as artificial sources of light such as sun lamps and sunbeds.

You should avoid prolonged exposure to bright light while taking tetracyclines.

Next, Collins plans more animal studies to work out the best ways to remediate oxidative stress. But since both bacteriostatic antibiotics and NAC are already FDA-approved, doctors might be using this strategy soon.

“We’re interested in seeing if this could be moved toward the clinic,” Collins said.

The word “antibiotics” comes from the Greek anti (“against”) and bios (“life”). The noun “antibiotic” was suggested in 1942 by Dr. Selman A. Waksman, soil microbiologist 4.

An antibiotic is a drug that kills or slows the growth of bacteria. Antibiotics are one class of antimicrobials, a larger group which also includes anti-viral, anti-fungal, and anti-parasitic drugs. Antibiotics are chemicals produced by or derived from microorganisms (i.e. bugs or germs such as bacteria and fungi). The first antibiotic was discovered by Alexander Fleming in 1928 in a significant breakthrough for medical science. Antibiotics are among the most frequently prescribed medications in modern medicine.

Antibiotics are used to treat many different bacterial infections. Antibiotics cure disease by killing or injuring bacteria. Bacteria are simple one-celled organisms that can be found, by the billions, all around us: on furniture and counter-tops, in the soil, and on plants and animals. They are a natural and needed part of life. Bacteria cause disease and infection when they are able to gain access to more vulnerable parts of our bodies and multiply rapidly. Bacteria can infect many parts of the body: eyes, ears, throat, sinuses, lungs, airways, skin, stomach, colon, bones, genitals.

Each different type of antibiotic affects different bacteria in different ways. For example, an antibiotic might inhibit a bacterium’s ability to turn glucose into energy, or its ability to construct its cell wall. When this happens, the bacterium dies instead of reproducing.

About the Wyss Institute for Biologically Inspired Engineering at Harvard University

Dan Ferber
.(JavaScript must be enabled to view this email address)
617-432-8517
Wyss Institute for Biologically Inspired Engineering at Harvard