While there is never a bad time to address one’s own obesity, if you’re hoping to lose weight before conception for the sake of your child, here’s some bad news: Some of the epigenetic damage might have already been done, even if you lose the weight just before conception. According to new research published in the September 2013 issue of The FASEB Journal, not only is dieting before getting pregnant not enough to prevent diabetes risks, but it could actually present new risks as well. Knowing how maternal health and behavior affect how genes express themselves in offspring should help health care providers and public health officials develop more precise prenatal strategies to maximize the health of newborn children.

“The findings of our study highlight that the nutritional health of the mother in the lead-up to and around conception can result in poor metabolic consequences for the offspring that will persist into later life,” said Caroline McMillen, M.D., Ph.D., a researcher involved in the work from the Sansom Institute for Health Research at the University of South Australia. “We hope that the findings of the present study will lead to a focus on how to help obese women lose weight in order to improve their fertility in a manner which does not impact negatively on the health outcomes of their offspring.”

“This discovery helps us to understand how body weight affects our health and the health of our children—right down to the genetic level,” said Gerald Weissmann, M.D., Editor-in-Chief of The FASEB Journal. “Clearly this effect in must be confirmed in humans, but the study should help us to optimize a hopeful mom’s management of how and when to lose weight to have a healthy child.”

Receive monthly highlights from The FASEB Journal by e-mail. Sign up at http://www.faseb.org/fjupdate.aspx. The FASEB Journal is published by the Federation of the American Societies for Experimental Biology (FASEB). It is among the most cited biology journals worldwide according to the Institute for Scientific Information and has been recognized by the Special Libraries Association as one of the top 100 most influential biomedical journals of the past century.

FASEB is composed of 27 societies with more than 110,000 members, making it the largest coalition of biomedical research associations in the United States. Our mission is to advance health and welfare by promoting progress and education in biological and biomedical sciences through service to our member societies and collaborative advocacy. 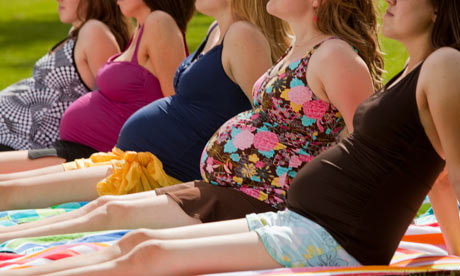 Cody Mooneyhan
.(JavaScript must be enabled to view this email address)
301-634-7104
Federation of American Societies for Experimental Biology