The role of dietary fructose in the development of obesity and fatty liver diseases remains controversial, with previous studies indicating that the problems resulted from fructose and a diet too high in calories.

However, a new study conducted in an animal model at Wake Forest Baptist Medical Center showed that fructose rapidly caused liver damage even without weight gain. The researchers found that over the six-week study period liver damage more than doubled in the animals fed a high-fructose diet as compared to those in the control group.

The study is published in the June 19 online edition of the American Journal of Clinical Nutrition.

“Is a calorie a calorie? Are they all created equal? Based on this study, we would say not,” said Kylie Kavanagh, D.V.M., assistant professor of pathology-comparative medicine at Wake Forest Baptist and lead author of the study.

The big question for the researchers was what caused the liver damage. Was it because the animals got fat from eating too much, or was it something else?

To answer that question, this study was designed to prevent weight gain. Ten middle-aged, normal weight monkeys who had never eaten fructose were divided into two groups based on comparable body shapes and waist circumference. Over six weeks, one group was fed a calorie-controlled diet consisting of 24 percent fructose, while the control group was fed a calorie-controlled diet with only a negligible amount of fructose, approximately 0.5 percent.

Every week the research team weighed both groups and measured their waist circumference, then adjusted the amount of food provided to prevent weight gain. At the end of the study, the researchers measured biomarkers of liver damage through blood samples and examined what type of bacteria was in the intestine through fecal samples and intestinal biopsies. 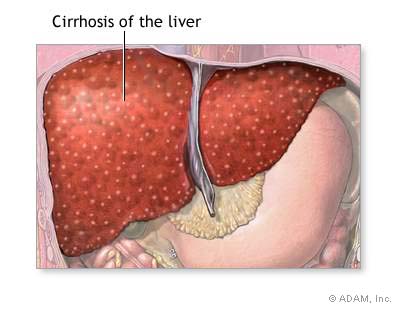 “What surprised us the most was how quickly the liver was affected and how extensive the damage was, especially without weight gain as a factor,” Kavanagh said. “Six weeks in monkeys is roughly equivalent to three months in humans.”

In the high-fructose group, the researchers found that the type of intestinal bacteria hadn’t changed, but that they were migrating to the liver more rapidly and causing damage there. It appears that something about the high fructose levels was causing the intestines to be less protective than normal, and consequently allowing the bacteria to leak out at a 30 percent higher rate, Kavanagh said.

One of the limitations of the study was that it only tested for fructose and not dextrose. Fructose and dextrose are simple sugars found naturally in plants.

“We studied fructose because it is the most commonly added sugar in the American diet, but based on our study findings, we can’t say conclusively that fructose caused the liver damage,” Kavanagh said. “What we can say is that high added sugars caused bacteria to exit the intestines, go into the blood stream and damage the liver.

“The liver damage began even in the absence of weight gain. This could have clinical implications because most doctors and scientists have thought that it was the fat in and around tissues in the body that caused the health problems.”

The Wake Forest Baptist team plans to begin a new study using the same controls but testing for both fructose and dextrose over a longer time frame.

The study was supported by Wake Forest School of Medicine and grants RR019963, OD010965 and AG033641 from the National Institutes of Health.