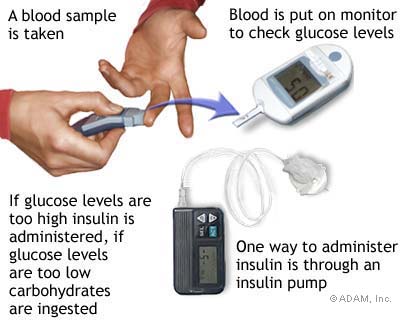 Diabetes research led by the University of Exeter Medical School has underlined the importance of people with diabetes achieving their blood sugar goals, to reduce the risk of complications.

The team analysed people with a specific genetic change (Glucokinase Maturity Onset Diabetes of the Young, or MODY), which means they have elevated blood glucose levels from birth. These higher levels mimic guidelines issued to people with both type 1 and type 2 diabetes.

International guidelines have proposed that patients with diabetes should keep their HbA1c (a measure of long term glucose control) below 7.5% but there has been a void of evidence on the long-term health impacts of maintaining these blood glucose levels, which are higher than in people without diabetes. But the research team found the study participants’ who had higher levels of blood glucose for nearly 50 years had the same risk of diabetes complications as their normal relatives. The research, published in the Journal of the American Medical Association, was based at the National Institute for Health Research (NIHR) Exeter Clinical Research Facility at the Royal Devon and Exeter NHS Foundation Trust, and was funded by Diabetes UK and the NIHR Personal Award Programme.

Professor Andrew Hattersley, of the University of Exeter Medical School, who led the study, said: “This research is relevant to the 200 million worldwide who have diabetes, and who can now be assured that maintaining the recommended blood glucose levels will not lead to complications in the longer term. It is reassuring to know that having a slightly raised blood sugar even for 50 years is safe.”

The study team examined the eyes, kidneys, heart and feet of 99 participants with Glucokinase MODY, to establish whether they had complications commonly linked to diabetes, and previously associated with high blood sugar levels. They found no significant difference in the levels of complication when compared to a control group who did not have the genetic change.

Among the participants was Sue Parkes, 66, who has had a raised glucose level all her life due to a change in the glucokinase gene. Full tests of her eyes, kidneys, heart and feet showed no ill effects of this. “It was a relief to know that having a high sugar for 66 years has not given me any of the health problems that can occur in diabetes”.

Louise Vennells
.(JavaScript must be enabled to view this email address)
44-013-927-24927
University of Exeter