The therapeutic potential of medical marijuana and pure cannabidiol (CBD), an active substance in the cannabis plant, for neurologic conditions is highly debated. A series of articles published in Epilepsia, a journal of the International League Against Epilepsy (ILAE), examine the potential use of medical marijuana and CBD in treating severe forms of epilepsy such as Dravet syndrome.

In a case study, Dr. Edward Maa, Chief of the Comprehensive Epilepsy Program at Denver Health in Denver, Colo., details one mother’s experience of providing medical marijuana to her child with Dravet syndrome. The adjunct therapy, a strain of cannabis high in CBD and tetrahydrocannabinol (THC) known as Charlotte’s Web, was given in conjunction with the patient’s antiepileptic drug regimen. The child’s seizure frequency was reduced from 50 convulsions per day to 2 to 3 nighttime convulsions per month.

“Colorado is “ground zero” of the medical marijuana debate,” says Dr. Maa. “As medical professionals it is important that we further the evidence of whether CBD in cannabis is an effective antiepileptic therapy.” Currently, 21 states and the District of Columbia (DC) have legalized marijuana for medical purposes according to GOVERNING magazine.

A counter-point article summarizes current scientific evidence of CBD use in epilepsy and other neurological or psychiatric disorders including anxiety, schizophrenia and addiction. Previous studies found that THC, the primary psychoactive substance and CBD the main non-psychoactive ingredient in cannabis, display anticonvulsive properties in animals. However, this research was conducted in acute animal models and data is limited for chronic recurrent seizures. Recent studies claim medical marijuana with high ratios of CBD to THC are more effective in seizure control, but the data was anecdotal and not well controlled.

“While cannabis has been used to treat epilepsy for centuries, data from double-blind randomized, controlled trials of CBD or THC in epilepsy is lacking,” explains Dr. Orrin Devinsky, Director of the Comprehensive Epilepsy Center at NYU Langone Medical Center in New York and Saint Barnabas Institute of Neurology and Neurosurgery in New Jersey. “Randomized controlled studies of CBD in targeted epilepsy groups, such as patients with Dravet or Lennox-Gastaut syndromes, are in the planning stages.”

Marijuana is one of the most used ‘recreational’ drugs. Despite of its psychoactive effect, cannabis has been studied for medical appliance since 5000 years ago, due to its medical properties. The literature is controversial on the relation between marijuana and epilepsy. Some patients believe that marijuana use may have therapeutic action, while many studies have proved the contrary. This is a very important discussion, once it has not only medical implications, but also ethical aspects, due to the psychotropic action of the drug. Some researches have pointed to non-psychotropic components of marijuana as future medicine therapy against epilepsy. Epilepsy affects about 1% of the human population. Most of the seizures are controlled by traditional or new anti-epileptic drugs, but a range of 30-40% of the patients do not have fully effective control of seizures. This is a very distressing condition and the patients may try alternative treatments, which may include ‘recreational’ drugs, specially marijuana. Another reason for the use of this drug can be its psychotropic action, which can be responsible for addiction and several other undesirable collateral effects. Despite the fact that the literature is controversial, this paper reviews the relation between marijuana and epilepsy.

Dr. Maria Roberta Cilio, Director of Research in Pediatric Epilepsy of the Comprehensive Epilepsy Center at UCSF Benioff Children’s Hospital in San Francisco, agrees, “There is a critical need for new therapies, especially for childhood-onset treatment-resistant epilepsies that impair quality of life and contribute to learning and behavioral disorders. Rigorous investigation of the safety and efficacy of medical marijuana or individual components such as CBD are necessary for patients with epilepsy before any conclusion is made. “

“There is much interest in the therapeutic potential of medical marijuana and CBD in treating epilepsy,” say Drs. Gary Mathern and Astrid Nehlig, Editors-in-Chief of Epilepsia. “We would like your perspective on this important issue and ask that patients, clinicians, and medical professionals visit http://surveys.verticalresponse.com/a/show/1539433/ea840f4206/0 to provide feedback on the use of medical marijuana in epilepsy.”

Cannabis-derived treatments for medical conditions, and epilepsy in particular, are a hot topic. There are at least three different ways in which they will be accessible to patients over time (at least two exist as of 2014, but with geographic variability). All three mechanisms are independent: legal changes, for example, are not required in order for compassionate use to be allowed (although there is certainly interplay).
Legalization of cannabis compounds at the state level

This has already happened, to varying degrees, in states such as Washington and Colorado. In Florida, CBD is currently illegal. There has been recent interest in legalization for some purposes, but the details (and whether it happens at all) is yet to be determined.

Even in states with the most permissive laws (such as Colorado), use or possession of CBD remains illegal at the federal level.

Whether it happens is a political question. Whether it’s a good idea for individuals with epilepsy is largely a legal question (for a lawyer).

These studies are published in Epilepsia. Media wishing to receive a PDF of the articles may contact .(JavaScript must be enabled to view this email address). 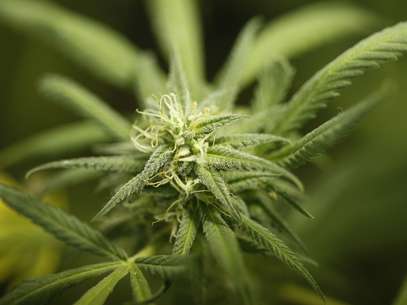 Epilepsia is the leading, most authoritative source for current clinical and research results on all aspects of epilepsy. As the journal of the International League Against Epilepsy, subscribers every month will review scientific evidence and clinical methodology in: clinical neurology, neurophysiology, molecular biology, neuroimaging, neurochemistry, neurosurgery, pharmacology, neuroepidemiology, and therapeutic trials.

“While cannabis has been used to treat epilepsy for centuries, data from double-blind randomized, controlled trials of CBD or THC in epilepsy is lacking. Randomized controlled studies of CBD in targeted epilepsy groups, such as patients with Dravet or Lennox-Gastaut syndromes, are in the planning stages.”

“There is a critical need for new therapies,” agrees Dr. Maria Roberta Cilio, director of research in Pediatric Epilepsy of the Comprehensive Epilepsy Center at UCSF Benioff Children’s Hospital in San Francisco. “Especially for childhood-onset treatment-resistant epilepsies that impair quality of life and contribute to learning and behavioral disorders.”

About the International League Against Epilepsy

The International League Against Epilepsy (ILAE) is the world’s preeminent association of physicians and health professionals working toward a world where no person’s life is limited by epilepsy. Since 1909 the ILAE has provided educational and research resources that are essential in understanding, diagnosing and treating persons with epilepsy. The ILAE supports health professionals, patients, and their care providers, governments, and the general public worldwide by advancing knowledge of epilepsy.