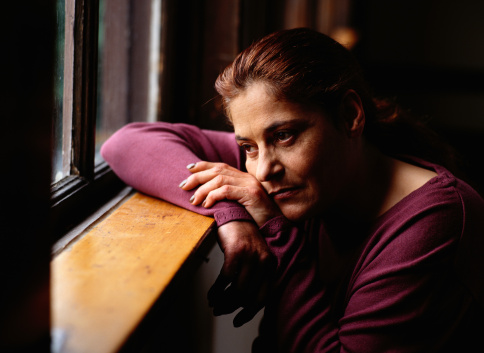 Controlling pain during childbirth and post delivery may reduce the risk of postpartum depression, writes Katherine Wisner, M.D., a Northwestern Medicine® perinatal psychiatrist, in a July 23 editorial in Anesthesia & Analgesia.

Wisner’s editorial is based on a new Chinese study that found women who had pain control with epidural anesthesia during a vaginal delivery had a much lower risk for postpartum depression than women who didn’t have the epidural.

“Maximizing pain control in labor and delivery with your obstetrician and anesthesia team might help reduce the risk of postpartum depression,” Wisner said.

The study findings are among the few to examine the relationship between pain during labor and postpartum depression.

Wisner is director of Northwestern’s Asher Center for the Study and Treatment of Depressive Disorders. She also is a professor of psychiatry and behavioral sciences and obstetrics and gynecology at Northwestern University Feinberg School of Medicine and a psychiatrist at Northwestern Memorial Hospital.

The study also found that breastfeeding was more common in the group who had an epidural for pain compared to those who did not (70 percent versus 50 percent.)

“These findings are quite exciting and further research should be done to confirm them, especially in women at increased risk of postpartum depression and in women from other cultures,” Wisner said.

The incidence of severe acute postpartum pain is approximately 11 percent, Wisner reports in the article. The incidence of chronic pain varies by study but ranges from 1 to 10 percent for vaginal delivery and 6 to 18 percent after a cesarean.

Biological and emotional factors contribute to postpartum depression, which affects 14.5 percent of women who give birth. A woman who has chronic pain one to two months after delivery should be screened for depression, noted Wisner, also the Norman and Helen Asher Professor at Feinberg.

Managing acute postpartum pain supports the new mother’s ability to emotionally attach and care for her infant, Wisner points out.

“Pain control gets the mother off to a good beginning rather than starting off defeated and exhausted,” Wisner said. “Whether it’s vaginal or cesarean section delivery, pain control postpartum is an issue for all new mothers. There is no way to have a delivery without pain. The objective here is to avoid severe pain. Controlling that delivery pain so a woman can comfortably develop as a mother is something that makes a lot of sense.”

Marla Paul
.(JavaScript must be enabled to view this email address)
312-503-8928
Northwestern University