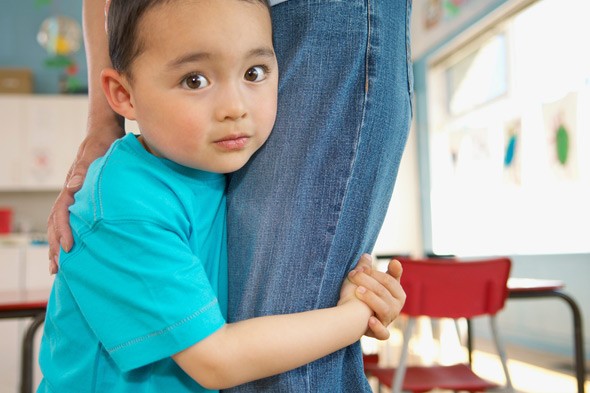 In an article published in the journal Environment International, researchers from Inserm (Inserm Unit 1085 - IRSET, the Institute of Research in Environmental and Occupational Health, Rennes), in association with the Laboratory for Developmental and Educational Psychology, LPDE (Rennes 2 University), provide new evidence of neurotoxicity in humans from pyrethroid insecticides, which are found in a wide variety of products and uses. An increase in the urinary levels of two pyrethroid metabolites (3-PBA and cis-DBCA) in children is associated with a significant decrease in their cognitive performances , particularly verbal comprehension and working memory. This study was carried out on nearly 300 mother and child pairs from the PELAGIE cohort (Brittany).

Pyrethroids constitute a family of insecticides widely used in a variety of sectors: agriculture (various crops), veterinary (antiparasitics) and domestic (lice shampoo, mosquito products). Their mode of action involves blocking neurotransmission in insects, leading to paralysis. Because of their efficacy and relative safety for humans and mammals, they have replaced older compounds (organochorides, organophosphates, carbamate) considered more toxic.

Exposure of children to pyrethroids is common. It is different to adult exposure, due to the closer proximity of children to ground-level dust (which stores pollutants), more frequent hand-to-mouth contact, lice shampoos, etc. In children, pyrethroids are mainly absorbed via the digestive system, but are also absorbed through the skin. They are rapidly metabolised in the liver, and mainly eliminated in the urine as metabolites within 48 hours.

Given these elements and the mode of action (neurotoxicity) of pyrethroid insecticides, the researchers proposed the hypothesis of a possible effect of these contaminants on the nervous system and its development in children.

Contribution of the PELAGIE mother-child cohort

Pregnancy is also an important period of life for the future health of the child. For this reason, the researchers studied the PELAGIE mother-child cohort established between 2002 and 2006, which monitors 3,500 mother-child pairs. This cohort simultaneously considers exposure to pyrethroid insecticides during foetal life and childhood.

A total of 287 women, randomly selected from the PELAGIE cohort and contacted successfully on their child’s sixth birthday, agreed to participate in this study.

Two psychologists visited them at home. One assessed the child’s neurocognitive performances using the WISC scale (verbal comprehension index, VCI, and working memory index, WMI). The other psychologist characterised the family environment and stimuli that might have had a role on the child’s intellectual development, collected a urine sample from the child, and collected dust samples.

Exposure to pyrethroid insecticides was estimated by measuring levels of five metabolites (3-PBA, 4-F-3-PBA, cis-DCCA, trans-DCCA and cis-DBCA) in urine from the mother (collected between the 6th and 19th weeks of pregnancy) and from the child (collected on his/her 6th birthday).

Results show that an increase in children’s urinary levels of two metabolites (3 PBA and cis-DBCA) was associated with a significant decrease in cognitive performances, whereas no association was observed for the other three metabolites (4-F-3-PBA, cis-DCCA and trans-DCCA). With respect to metabolite concentrations during pregnancy, there was no demonstrable association with neurocognitive scores.

“Although these observations must be reproduced in further studies in order to draw definite conclusions, they indicate the potential responsibility of low doses of deltamethrine in particular (since the metabolite cis-DBCA is its main metabolite, and selective for it), and pyrethroid insecticides in general (since the metabolite 3-BPA is a degradation product of some twenty of these insecticides),” explains Cécile Chevrier, Inserm Research Fellow, the main author of this work.

“The consequences of a cognitive deficit in children for their learning ability and social development constitute a handicap for the individual and for society. The research effort needs to be pursued in order to identify causes that could be targeted by preventive measures,” emphasises Jean-François Viel, a co-author of this work.

The PELAGIE study (Perturbateurs Endocriniens: Étude Longitudinale sur les Anomalies de la Grossesse, l’Infertilité et l’Enfance [Endocrine Disruptors: Longitudinal Study on Disorders of Pregnancy, Infertility and Children]) was established in response to concerns about health, particularly child health, due to the presence of toxic compounds in our daily environment. It has involved monitoring approximately 3,500 mother-child pairs in Brittany since 2002. An impact of antenatal exposure to contaminants (solvents and pesticides) on intrauterine development has been suggested; assessment of the consequences for child development is underway. The PELAGIE study is part of the European network of mother-child cohorts that constitute an epidemiological resource that is vast and complex, but indispensable for responding to these Public Health concerns.