A recent study published in the July 2015 issue of the Journal of the American Academy of Child and Adolescent Psychiatry demonstrates that early intervention, beginning between 18 and 30 months of age improves outcomes for children with autism spectrum disorder (ASD) at age 6.

Early intensive behavioral intervention is recognized an as efficacious approach for improving outcomes for young children with ASD. However, most studies of comprehensive, intensive intervention only report immediate outcomes at the end of intervention and the degree to which these outcomes are sustained over time is largely unknown.

Following children who participated in a randomized, controlled trial of the Early Start Denver Model, a group of researchers led by Dr. Annette Estes of the University of Washington Autism Center, evaluated long-term outcomes for 39 children at age 6 years. Participating children were randomized into community-intervention-as-usual or ESDM intervention for 2 years at an average of 15 hours per week. Outcomes were evaluated in terms of IQ, adaptive behavior, autism symptoms, challenging behavior, and diagnosis based on clinical examinations by experts who did not know previous intervention histories of the children and by parent reports of functioning at home and in the community.

Researchers found that the ESDM group, on average, maintained gains made in early intervention during the 2-year follow-up period in overall intellectual ability, adaptive behavior, symptom severity, and challenging behavior. This is important because children did not lose skills after the intervention trial ended and treatment hours were reduced. No group differences in core autism symptoms were found immediately post-treatment; however, two years later, the ESDM group demonstrated improved core autism symptoms and adaptive behavior as compared with the community-intervention-as-usual (COM) group. The two groups were not significantly different in terms of intellectual functioning at age 6. The two groups received equivalent intervention hours during the original study, but the ESDM group received fewer hours during the follow-up period.

The aspects of autism that can make everyday life challenging - reading social cues, understanding another’s perspectives, making small talk and exchanging niceties - can be seriously magnified when it comes to dating. Though the American Psychiatric Association defines autism as a spectrum disorder - some people do not speak at all and have disabilities that make traditional relationships (let alone romantic ones) largely unfeasible, but there are also many who are on the “high-functioning” end and do have a clear desire for dating and romance.

Autism diagnosis rates have increased dramatically over the last two decades (the latest CDC reports show one in 50 children are diagnosed), and while much attention has been paid to early-intervention programs for toddlers and younger children, teens and adults with autism have largely been overlooked - especially when it comes to building romantic relationships.

Certain characteristics associated with the autism spectrum inherently go against typical dating norms. For example, while a “neuro-typical” person might think a bar is great place for a first date, it could be one of the worst spots for someone on the spectrum. Dorsey Massey, a social worker who helps run dating and social programs for adults with various intellectual disabilities, explained, “If it’s a loud, crowded place, an individual on the spectrum may be uncomfortable or distracted.” Sensory issues may also make certain lights and noises especially unpleasant.

Seemingly basic, non-sexual touching may be an issue, as well.

When Asperger’s was first described in 1944 by Austrian pediatrician Hans Asperger, he referred to children with the syndrome as “little professors” because of their prodigious vocabularies and precocious expertise, and because they tended to lecture others endlessly without being aware of their own tediousness. Poor social skills and obsessive interests characterize the condition.

Yet, despite the obvious similarities, very little research has been done on the connection between autism and extreme talent. One previous study, published in 2007, did find that close relatives of prodigies -  like close relatives of people with autism -  tended to score higher on autistic traits, particularly in problems with social skills, difficulty switching attention and intense attention to detail. Other than that, however, the issue hasn’t been studied systematically, beyond the observation that autism is often seen in savants, or people with exceptional abilities who have other simultaneous impairments. 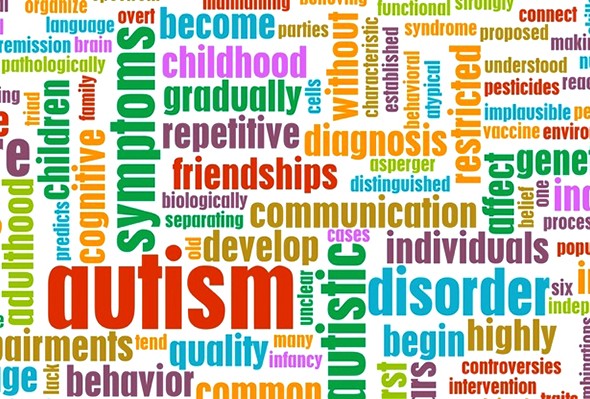 Prodigies, in contrast, appear to benefit from certain autistic tendencies while avoiding the shortfalls of others. On a standard assessment of traits associated with autism, the prodigies in the current study scored higher than a control group on all measures, including attention to detail and problems with social skills or communication (though this result was not statistically significant, probably because the sample was so small). But they also scored significantly lower than a separate comparison group of people who had Asperger’s -  except on the attention-to-detail measure, in which they outshone everyone.

“One possible explanation for the child prodigies’ lack of deficits is that, while the child prodigies may have a form of autism, a biological modifier suppresses many of the typical signs of autism, but leaves attention to detail -  a quality that actually enhances their prodigiousness -  undiminished or even enhanced,” the authors write.

In other words, these children may have some genetic trait or learned skill that allows them to maintain intense focus, without compromising their social skills or suffering from other disabilities that typically accompany autism spectrum disorders. Comparing these children with those who have full-blown autism or Asperger’s could therefore potentially help pinpoint what goes wrong in those who develop disabling forms of autism and what goes right in others with similar traits who simply benefit from enhanced abilities.

All articles published in JAACAP are embargoed until the day they are published as in press corrected proofs online at http://jaacap.org/inpress. Articles cannot be publicized as in press accepted manuscripts. Contents of the publication should not be released to or by the media or government agencies prior to the embargo date.

The journal’s purpose is to advance research, clinical practice, and theory in child and adolescent psychiatry. It is interested in manuscripts from diverse viewpoints, including genetic, epidemiological, neurobiological, cognitive, behavioral, psychodynamic, social, cultural, and economic. Studies of diagnostic reliability and validity, psychotherapeutic and psychopharmacological treatment efficacy, and mental health services effectiveness are encouraged. The journal also seeks to promote the well-being of children and families by publishing scholarly papers on such subjects as health policy, legislation, advocacy, culture and society, and service provision as they pertain to the mental health of children and families.

Elsevier is a world-leading provider of information solutions that enhance the performance of science, health, and technology professionals, empowering them to make better decisions, deliver better care, and sometimes make groundbreaking discoveries that advance the boundaries of knowledge and human progress. Elsevier provides web-based, digital solutions -  among them ScienceDirect, Scopus, Elsevier Research Intelligence and ClinicalKey -  and publishes over 2,500 journals, including The Lancet and Cell, and more than 33,000 book titles, including a number of iconic reference works. Elsevier is part of RELX Group plc, a world-leading provider of information solutions for professional customers across industries.