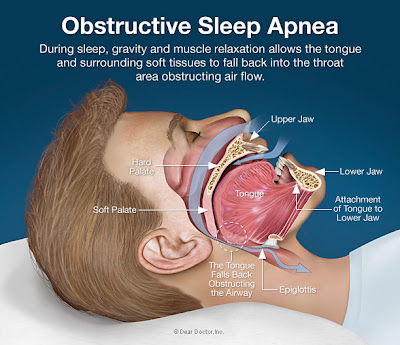 A novel device implanted under the skin like a pacemaker successfully treats central sleep apnoea (CSA) in heart failure patients, according to research presented today at the Heart Failure Congress 2014, held 17-20 May in Athens, Greece. The Congress is the main annual meeting of the Heart Failure Association of the European Society of Cardiology.

The one year results of the remede® system pilot study were revealed for the first time by lead author Professor William T. Abraham from the Ohio State University. He said: “The remede® system is the first fully implantable device to treat central sleep apnoea in heart failure patients. Unlike traditional mask based therapies - which have been shown to work only in some patients under certain conditions in CSA - the remede® system is acceptable to patients and improves their sleep and heart function.”

He added: “Patients using the device tell us they haven’t slept so well in years. They have more energy and can do their normal daily activities without falling asleep. They also don’t have to fight with a mask.”

CSA is a comorbidity in approximately 35% of heart failure patients and doubles the risk of death. Until now there was no proven treatment. The remede® system uses unilateral transvenous phrenic nerve stimulation to prevent CSA before it occurs. The pulse generator is implanted under the skin like a pacemaker, just below the collar bone, and a wire is threaded into one of the veins near the phrenic nerve.

Professor Abraham said: “The device stimulates the diaphragm via the phrenic nerve, causing the diaphragm to contract. It regularises the patient’s breathing pattern throughout the night, rather than waiting until the patient stops breathing to react.”

The remede® system pilot study was a prospective, multicentre trial in 46 patients with moderate to severe CSA who were implanted with the remede® system. The primary endpoint was a reduction in apnoea hypopnea index (AHI) at three months compared to baseline with six and 12 month data also collected.

The one year results, revealed today, show that the remede® system led to substantial benefits in sleep parameters including a reduction in AHI, a reduction in the time spent with low blood oxygen levels overnight, and improvements in sleep efficiency and REM sleep.

The remede® system also improved important cardiac endpoints such as heart rate variability, which is a measure of autonomic balance. Patients were less sleepy and their quality of life improved, according to the Minnesota Living with Heart Failure Quality of Life questionnaire.

Professor Abraham said: “Patients with the remede® system feel better, they are less symptomatic, their quality of life is improved, and the underlying mechanisms that lead to heart failure progression such as autonomic imbalance are improved.”

Favourable effects on the structure and function of the heart, called reversed remodelling, were also demonstrated. In patients with the implantable device, the heart got smaller, the left ventricular diastolic volume decreased significantly and the heart became stronger, with significant improvements in left ventricular ejection fraction. Professor Abraham said: “These are changes that generally correlate with improvement in long term clinical outcomes.”

He continued: “The major problem with mask based therapies such as continuous positive airway pressure (CPAP) is patient acceptance and compliance. Up to 50% of patients can’t or won’t wear a mask so their sleep apnoea is untreated or inadequately treated.”

Professor Abraham concluded: “All heart failure patients should be screened for sleep apnoea and those with OSA should be offered a mask based therapy. Patients with CSA are good candidates for the remede® system which can improve their sleepiness, quality of life and potentially their clinical outcomes.”

The pivotal trial for US regulatory approval is ongoing and is set to enroll around 150 patients in the US and Europe. Results are expected by the end of 2015.

About the European Society of Cardiology

The European Society of Cardiology (ESC) represents more than 80 000 cardiology professionals across Europe and the Mediterranean. Its mission is to reduce the burden of cardiovascular disease in Europe.

About the Heart Failure Association (HFA)

The Heart Failure Association (HFA) is a registered branch of the ESC. Its aim is to improve quality of life and longevity, through better prevention, diagnosis and treatment of heart failure, including the establishment of networks for its management, education and research.

Did you want to tweet about our congress? - if you do, please use the official #heartfailure2014 hashtag! Thank you

ESC Press Office
.(JavaScript must be enabled to view this email address)
33-622-834-576
European Society of Cardiology