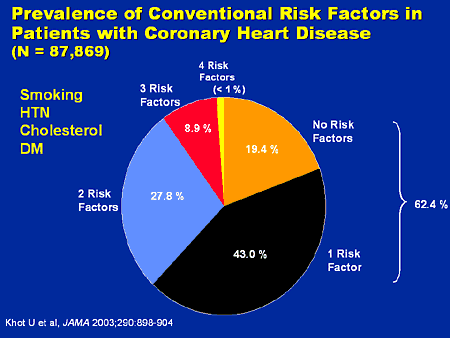 A Massachusetts General Hospital (MGH) research team has discovered a possible mechanism behind the elevated risk of cardiovascular disease in women infected with HIV, a risk even higher than that of HIV-infected men. In the Dec. 1 issue of the Journal of Infectious Diseases the investigators report finding that HIV-infected women had a greater prevalence of the type of coronary artery plaque most vulnerable to rupture than did uninfected women. They also found evidence that increased immune system activation may contribute to development of vulnerable plaques, an association that appears to be further amplified in older women.

“Studies have found rates of heart attack and stroke in HIV-infected patients that are from 50 to 100 percent higher than those of uninfected individuals, with particularly high rates - almost tripled in some studies - in women,” says Steven Grinspoon, MD, director of the MGH Program in Nutritional Metabolism and a member of the Neuroendocrine Unit, the study’s principal investigator. “Traditional cardiovascular risk factors only account for part of the excess risk, and previous studies from our group have found both increased immune activation and high-risk vulnerable plaque in HIV-infected men, but this is the first to assess these factors in HIV-infected women.”

The study enrolled 90 participants - 60 HIV-infected women and 30 noninfected controls - from HIV clinics and community health centers in the Boston area. Participants were ages 18 to 60, with no known cardiovascular disease. The infected participants had long-term diagnoses, averaging 15 years; 98 percent were taking antiretroviral therapy, and 84 percent had undetectable viral loads. The researchers took detailed personal and family medical histories of the participants, ran a full range of blood tests - including assessment of immune system factors - and conducted CT angiography to assess the presence and composition of any plaques in participants’ coronary arteries.

Among infected women, blood tests revealed elevated activity of both monocytes and T cells – reflected by higher blood levels of proteins known to be activation markers of those immune cells – and the increased activity was even greater in older women. An earlier study from the MGH-based Ragon Institute had found that patterns of immune activation differed between HIV-infected women and men, and the current study is the first to associate monocyte activation markers with noncalcified plaque in infected women. Grinspoon notes that while the association is plausible, since plaque formation includes accumulation of activated monocytes, it needs to be investigated further.

“We have found that these two factors – noncalcified plaque and immune activation – are uniquely and disproportionately increased among HIV-infected women and together may contribute to the markedly increased cardiovascular disease rates of HIV-infected women,” he says. “These results suggest that strategies to reduce monocyte and immune activation may alter that elevated cardiovascular risk, particularly in older women. It will be worthwhile to study whether adding therapies that reduce immune activation – including the statin drugs frequently prescribed to reduce cholesterol levels – to antiretroviral therapy can reduce this risk.”