The brain’s hypothalamus plays a key role in obesity and one of its major complications – type 2 diabetes. Nerve cells in the hypothalamus detect nutrients and hormones circulating in the blood and then coordinate a complex series of behavioral and physiological responses to maintain a balance between calories eaten and calories burned. Obesity and diabetes can result when this regulatory mechanism goes awry.

Now, research by postdoctoral fellow Clémence Blouet, Ph.D., and Gary Schwartz, Ph.D., professor in the Dominick P. Purpura Department of Neuroscience and of medicine at Albert Einstein College of Medicine of Yeshiva University, has revealed a molecule in the brain that may contribute to those health problems, both of which are reaching epidemic proportions. A 2008 study in the journal Obesity predicted that 86 percent of U.S. adults will be overweight or obese by 2030 if current trends continue. And last October the U.S. Centers for Disease Control and Prevention estimated that the prevalence of diabetes among American adults could rise from the current 1 in 10 to as many as 1 in 3 by 2050.

In work involving mouse models of obesity and diabetes, Drs. Blouet and Schwartz have shown that excess nutrient availability leads to an overabundance of a protein found in nutrient-sensing nerve cells of the hypothalamus. They concluded that increased levels of this protein, known as thioredoxin-interacting protein, or TXNIP, contribute to the onset of obesity and the impaired control of blood sugar levels that characterizes type 2 diabetes. Their findings were published in the April 20 online edition of the Journal of Neuroscience.

“Our study indicates that TXNIP in hypothalamic nerve cells provides a crucial link between brain nutrient sensing and the increases in body weight and fat mass that lead to obesity and diabetes,” said Dr. Schwartz. “Hyperglycemia—pathologically elevated glucose levels - causes an excess of TXNIP in hypothalamic neurons, which in turn may contribute in several ways to a breakdown in energy homeostasis - the balance between calories taken in and calories burned. For example, we’ve found that elevated TXNIP in nerve cells contributes to obesity by decreasing energy expenditure, as evidenced by decreased physical activity, and by reducing the rate at which fat is burned to produce energy. In addition to increasing fat mass, hypothalamic TXNIP overabundance also impairs glucose tolerance and insulin sensitivity - two of the hallmarks of diabetes.”

Dr. Schwartz notes that these findings regarding TXNIP could eventually lead to therapies. “Interventions that can suppress TXNIP production or selectively inactivate this protein might help in preventing weight gain and the obesity and diabetes that result from it,” he said. 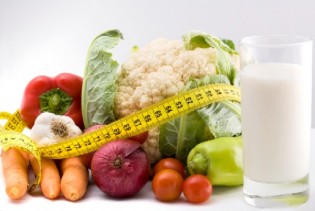 The title of the paper is “Nutrient-sensing hypothalamic TXNIP links nutrient excess to energy imbalance in mice.” The research was funded by the Skirball Institute for Nutrient Sensing and the National Institutes of Health through the Albert Einstein Diabetes Research and Training Center and the New York Obesity Research Center. Albert Einstein College of Medicine is actively seeking licensing partners interested in pursuing clinical application of this patent-pending technology.

About Albert Einstein College of Medicine of Yeshiva University

Albert Einstein College of Medicine of Yeshiva University is one of the nation’s premier centers for research, medical education and clinical investigation. During the 2009-2010 academic year, Einstein is home to 722 M.D. students, 243 Ph.D.students, 128 students in the combined M.D./Ph.D. program, and approximately 350 postdoctoral research fellows. The College of Medicine has 2,775 fulltime faculty members located on the main campus and at its clinical affiliates. In 2009, Einstein received more than $155 million in support from the NIH. This includes the funding of major research centers at Einstein in diabetes, cancer, liver disease, and AIDS. Other areas where the College of Medicine is concentrating its efforts include developmental brain research, neuroscience, cardiac disease, and initiatives to reduce and eliminate ethnic and racial health disparities. Through its extensive affiliation network involving five medical centers in the Bronx, Manhattan and Long Island - which includes Montefiore Medical Center, The University Hospital and Academic Medical Center for Einstein - the College of Medicine runs one of the largest post-graduate medical training programs in the United States, offering approximately 150 residency programs to more than 2,500 physicians in training.