A pair of studies suggests that a region of the brain - called the insular cortex - may hold the key to treating addiction. Scientists have come to this conclusion after finding that smokers who suffered a stroke in the insular cortex were far more likely to quit smoking and experience fewer and less severe withdrawal symptoms than those with strokes in other parts of the brain.

“These findings indicate that the insular cortex may play a central role in addiction,” said Amir Abdolahi Ph.D., M.P.H., lead author of the studies. “When this part of the brain is damaged during stroke, smokers are about twice as likely to stop smoking and their craving and withdrawal symptoms are far less severe.”

Abdolahi is a clinical research scientist at Philips Research North America and conducted the research while an epidemiology doctoral student in Department of Public Health Sciences at the University of Rochester School of Medicine and Dentistry.

While smoking rates have remained flat for the last decade, smoking is still responsible for nearly one of every five deaths in the U.S. and smoking places individuals at a significantly higher risk for heart disease, cancer, and stroke.

The frontline prescription drugs currently used to treat tobacco dependence - which include bupropion and varenicline - primarily target the brain’s “reward” pathways by interfering with the release and binding of dopamine in the brain in response to nicotine. While these drugs are generally well-tolerated, they have relatively high rates of relapse. Most have a reported success rate of up to 30 percent after six months, meaning that 70 percent of the people who use these treatments eventually start smoking again. Nicotine replacement therapies, such as patches and lozenges, have a similar success rate.

Recent studies have hinted that a specific part of the brain - a central region called the insular cortex - may also play an important role in the cognitive and emotional processes that facilitate drug and tobacco use.

The authors of the current set of studies - which appear in the journals Addiction and Addictive Behaviors - tested this theory in a somewhat unique fashion: by determining whether smokers whose insular cortex had been damaged during a stroke are more likely to quit smoking. 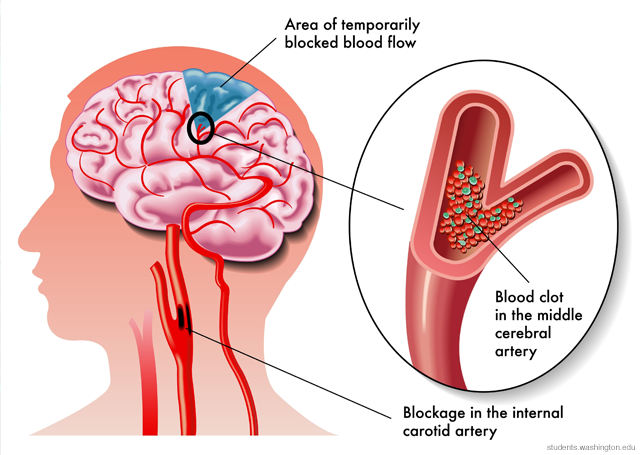 The researchers examined two different sets of indicators - whether patients have resumed smoking after a stroke and the severity of their craving for a cigarette during their hospitalization.

The studies involved 156 stroke patients who were admitted to three hospitals in Rochester, NY, all of whom were identified as active smokers. The location of the stroke for each patient was determined by MRI and CT scans and the study participants were divided into two groups - those with a stroke occurring in the insular cortex and those with a stroke in another part of the brain.

While recovering in the hospital the researchers measured the participant’s level of smoking withdrawal. Because hospitalization essentially constitutes a period of forced abstinence from smoking, this was an ideal environment to measure the severity of withdrawal symptoms.

The researchers used two separate survey tools to measure aspects of withdrawal, such as anger, anxiety, cravings, concentration, hunger, sadness, and sleep. They found that patients with strokes occurring in the insular cortex had fewer and far less severe withdrawal symptoms than those with strokes in other parts of the brain.

The researchers also followed the study participants for three months to determine whether or not they had resumed smoking. It is reasonable to assume that the “wake up call” of having a stroke is a powerful motivator for smokers to quit, both because the smoking may have been one of the factors that caused the stroke in the first place and during recovery they would have been strongly urged to quit by their health care providers.

Regardless, the researchers found a significant disparity in the smoking cessation rates between the two study groups. Almost twice as many patients with strokes in the insular cortex quit smoking compared to those with strokes in other parts of the brain - 70 percent vs. 37 percent.

These findings open the door for researchers to potentially explore therapies that could target this area of the brain and disrupt its role in addiction, potentially with new drugs or other techniques such as deep brain stimulation or transcranial magnetic stimulation. They also speculate that, in addition to smoking, the role of the insular cortex could apply to other forms of addiction.

“Much more research is needed in order for us to more fully understand the underlying mechanism and specific role of the insular cortex, but is clear that something is going on in this part of the brain that is influencing addiction,” said Abdolahi.

Additional authors of the two studies include Geoffrey Williams, Curtis Benesch, Henry Wang, Robert Block, and Edwin van Wijngaarden with the University of Rochester Medical Center, and Eric Spritzer and Bryan Scott with the Rochester Regional Health System. The studies were supported with funding from the National Heart, Lung, and Blood Institute and a Clinical and Translational Science Institute grant from the National Institute of Health.